Palak Tiwari Reveals About Shweta Tiwari’s Ex-Husband, You Will Not Believe This!

The Bijlee Bijlee sensation actress Palak Tiwari made her debut in the industry; she is the daughter of Tv actress Shweta Tiwari. She even got highlighted for her movie Rosie the saffron Chapter. Shweta Tiwari’s daughter Palak Tiwari shares a digging past of her life, read to find out.

Shweta Tiwari is an Indian actress at Hindi televisions, she was part of Bigboss, Hum Tum and Them, Ek Thi nayak, Jaane kya baat hui, Parvarrish. She got married to Raj Singh Choudhary in 1998, they got a divorce in 2007. Shweta Tiwari’s recent husband Abhinav kohli got married in 2013 but this divorce did not end in simple agreement. Instead, this divorce created huge drama all over the media.

In 2013, Shweta Tiwari got married to Abhinav Kohl and they had a son named Reyansh. During their divorce in 2019 huge drama took place, Abhinav Kohl went through custody case and got accused of assault and harassment, it was rumoured that their relationship got extended to court case which later was confirmed that the actress was spotted at Samta Nagar Police station to file a complaint on Abhinav. Though it was announced that both of them parted ways in 2019.

Though this separation of the couple impacted everyone in the family which includes Palak Tiwari and Reyansh, after the police complaint she expressed about the remarks she received which were quite disturbing for her family. 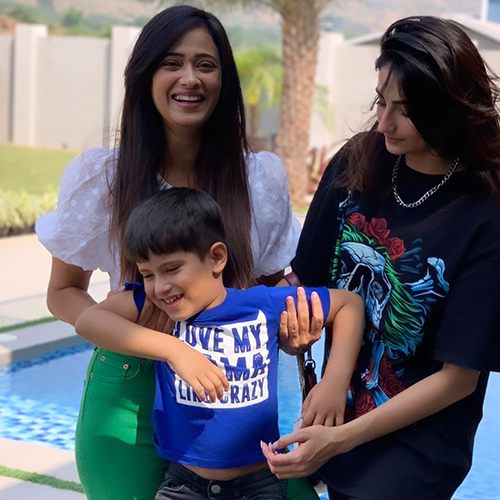 In her recent interview with Siddharth Kannan, Palak shared about the struggle which her mom went through. She expressed that her grandmother taught her and Shewta Tiwari to never be a victim. You accept it and work it out. Just because we addressed it to the media it does not make us a victim, it is a normalized issue which every woman goes through.

Palak Tiwari during her launch of her new song Bijlee Bijlee with Hardy Sandhu, she shared about her mom that she would leave her entire career if she gets to know that it can help even to the slightest. This bond of mom and daughter is highlighted all over the media, Shweta Tiwari often seen promoting her daughter on her official page. She recently highlighted Palak’s recent song “Mangta Hai Kya” she mentioned, it is officially out!! Dekha kya!! It’s on youtube. Palak did this recent song with Aditya Seal by the musician Chirantann Bhatt. 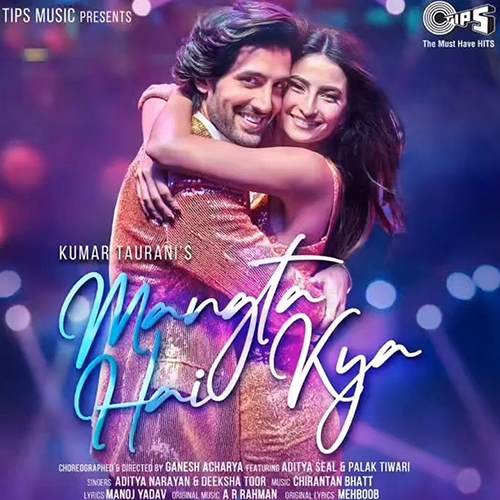 This mother and daughter bond is growing stronger and getting acknowledged by the public. But, Palak Tiwari was asked in an interview about her relationship with his dad, she hesitated with discomfort and spoke that it is still on work and they are trying to build this relationship.

Palak Tiwari’s real father is not Abhinav but Raj Singh Choudhary but after they both left their family her mom was the only independent earner for the family. Palak Tiwari often shares in interviews about her mom’s burdens but less as a victim and much more as a warrior. She wants to become like her mom, even in her Instagram post she highlighted her mother and Reyansh while mentioning, when we are together, I forget the rest.

It seems like Alexander McQueen tried to put a vintage touch to their Ready-To-Wear collection. Did it work or not? Read on and find...

In Big Boss 15, contestants Shamita Shetty and Tejasswi Prakash were almost seen in a clash conflict, but it was not limited to the...

Have a look at these iconic male characters in Bollywood movies that have stolen the fans' hearts.These top Bollywood actors made their history throughout...

5 Overrated Cafés and Restaurants in Delhi You Should Avoid