Rakhi Sawant has always been seen in Bigboss, as an outspoken woman who reveals, but in her BigBoss 15 her public appearance with her husband Ritesh was quite a shock and more shocking was their separation on Valentine’s Day. On her recent Instagram post, Rakhi Sawant reveals some hidden truths about her relationship with Ritesh. Want to know more? Keep on reading.

Rakhi Sawant husband does not exists, in fact there is no relationship, they share with each other. That is how the audience viewed her relationship as Fake. But, after Ritesh made his entry in 2021 on Big Boss 15 with Rakhi which made the rumours, shut down. Though a lot of people as fans of Rakhi thought it to be for a show. But, after Rakhi recently post it, she revealed about the relationship by herself.

She made a post on a day before valentine’s and announced her separation. She said, Dear Fans and well wishers, just wanted to say that Ritesh and I have parted ways. After the Bigboss show a lot has happened and I was unaware of certain things, which were out of my control.

After the Bigboss 15 Ritesh was seen in a lot of interviews. His first wife, Snigdha Priya, reveals her relationship in marriage was toxic and abusive. He used to hit her a lot in the bedroom and no family member came to rescue her. He hit her continuously which led to loss of blood and he took her to the hospital. This interview talk got spread so widely, that an interviewer backfired with this question. 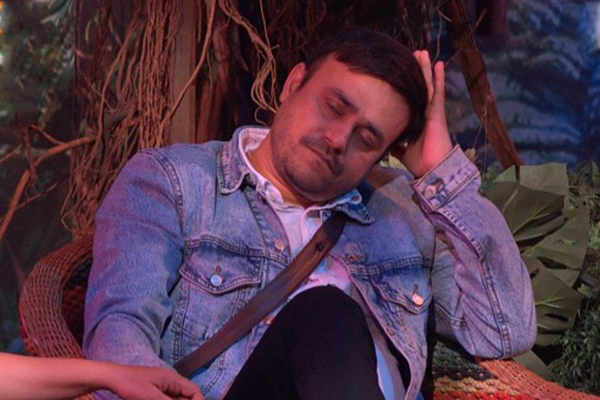 Ritesh reacts on an allegation which was made by his wife, revealed after his Eviction interviews. Ritesh says, she always runs away with the same guy. She even filed a domestic case, 498 cases against me. Even then too I kept her under the same shelter, I am doing this all for my son. He said about the allegation Jab me aapko 4 hours marta hu ab 2014 se kya kar rahi hai. Aapne divorce kyu nhi liya? Ritesh reveals during the interview about the wife filing a case against him, and interrogating the wife statement. He still did not divorce his first wife, which was revealed in the interview.

Though the reveal of an actress as his second wife happened in Bigboss, for Rakhi to have a hint that he has another girl. But during the Bigboss a lot of people observed Ritesh behaviour towards Rakhi disrespectful and rude, which got highlighted when Shamita Shetty and Salman khan took a stand for her.

Rakhi even wrote, we have tried to work out our differences and tried to make things work but I think it is best we both enjoy our lives separately. I am sad and heartbroken that this got over before Valentine’s day but the decision had to be made. I wish him the best in life but for me at this stage, I have to focus on my work and my life and keep myself happy and healthy.

A lot of fans reacted and said, I am with you my darling Rakhi. You will find someone that loves you immensely. Finally the drama has to be over. Though the announcement was revealed by Rakhi Sawant alone, but Ritesh in his recent live with fans, he neither reacts or confirms anything. Infact, Ritesh in his Instagram did not even replace the name of her second wife name. What are your thoughts on this?

Share
Facebook
Twitter
Pinterest
WhatsApp
Linkedin
ReddIt
Email
Telegram
Copy URL
Previous article
Are you ready to experience Doctor Strange in the multiverse of madness? Read on to know what the trailer hints at.
Next article
Comedy King Kapil Sharma is set to come back to the silver screen with Nandita Das’ film. Check the details here.

“We have lost the spark” do not stressed, we got you covered. These dating tips will spice up your relationship, get ready to explore! Here...

Did you know Albanians pronounce their country’s name differently? Read below to know more about this and various other facts you probably didn’t know...

All You Need To Know About Grub Fest 2022

One of the most renowned fests of India, Grub Fest returns after three years and the public hopes that it is bigger and brighter...

5 Overrated Cafés and Restaurants in Delhi You Should Avoid

While Delhi is the ultimate food paradise when it comes to food, some of the restaurants and cafes in the national capital have lost...