After ‘Kis Kis Se Pyar Karun’ and ‘Firangi’ Kapil Sharma will be seen in another film with director Nandita Das, playing the role of a food delivery guy and showcasing the life of a common man. The film will also star Shahana Goswami.

Making someone laugh is considered to be one of the most difficult tasks in the world. But in India, there are many names in the industry that are doing this job wonderfully, and it would be incomplete to talk about laughter and not mention Kapil Sharma. The comedy king has a huge fanbase including celebrities from Bollywood. Talking about Bollywood, Kapil Sharma is all set to make a come back to the movies with a new project.

In terms of delivering entertainment, we don’t think Kapil would lose any marks. Be it flirting with Bollywood divas while interviewing them, interacting with his audience, or making us laugh with his spectacular jokes, Sharma just knows how to do it. After working in movies like ‘Kis Kis Ko Pyaar Karun’ and ‘Firangi’, this time Kapil has something different to serve with his acting skills once again with a new film. Applause entertainment and Nandita Das Initiatives are producing the film and comedian and actor Kapil Sharma will be seen in a never-seen-before avatar. Although the title of the project is yet to be announced, the writer/director Nandita Das has mentioned that Kapil will be playing the character of a food delivery rider. 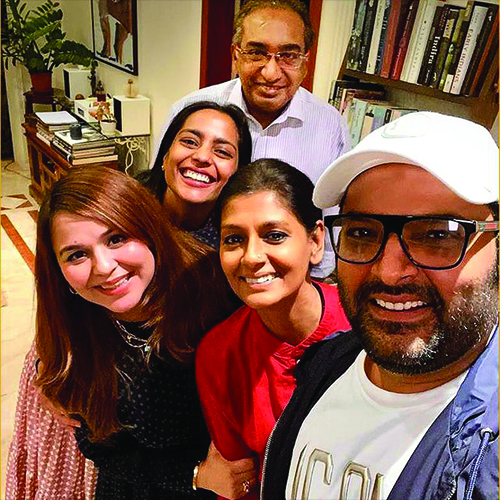 Writer/director Nandita Das has mentioned that Kapil will be playing the character of a food delivery rider.

Nandita Das, who has directed films like ‘Manto’ and ‘Firaaq’, shared her thoughts about what made her choose Kapil for the film while announcing the project, she says, “The film attempts to make visible what’s hidden in plain sight. The director also mentioned that she hadn’t seen Kapil’s show, but she had seen the way Kapil represents the ‘common man’, despite he is not one anymore. She believes that the film will help him surprise the audience with his natural candidness.

Kapil will be seen with actress Shahana Goswami, who has showcased her acting skills in the web series ‘Bombay Begums’ and movies like ‘A suitable boy’. Nandita also expressed her excitement to work with Shahana again and appreciated her co-producer, Sameer Nair. While talking about the project, Kapil has also mentioned that he is excited to get back to the silver screen, moreover working with Nandita. He says he has seen Nandita as a director and as an actor as well. She has a very distinctive perspective while looking at things and is also keen on the detailing of her work. Kapil mentioned that his work is very different from the director and he is happy that the audience will get to see a new side of him through the movie. 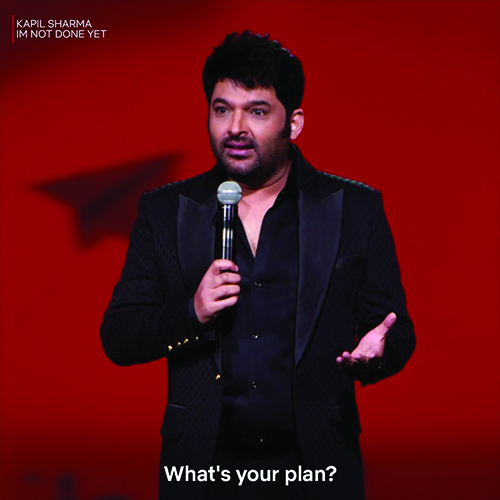 A still from Kapil Sharma’s Netflix movie ‘I’m not done yet’.

Recently, Kapil Sharma got the opportunity to feature in a film named ‘I’m not done yet’ with the greatest streaming platform, Netflix. The comedy special was full of laughter with a heavy dose of humour, as Kapil finally got a chance to pour his heart out to the audience with many of his life experiences. Currently, the comedian is hosting his weekly television show, ‘The Kapil Sharma Show’ on Sony tv.

Share
Facebook
Twitter
Pinterest
WhatsApp
Linkedin
ReddIt
Email
Telegram
Copy URL
Previous article
Rakhi Sawant announced “Separation” with Ritesh: I was unaware
Next article
Here’s everything you need to know about the Kim-Kanye brawl all over the internet, the drama just got real!

The Month of May is for Fashion. But Who Said That Fashion Can’t Find It’s Way to Your Stomach? The constant loop that goes on...