The Couple announced on Monday that they’re expecting their second child through Instagram.

Hollywood actor Ian Somerhalder and his wife Nikki Reed have shared a piece of good news with their fans and loved ones that the couple is expecting their second child. The Vampire Diaries star took to his Instagram and shared the post of his wife flaunting her baby bump while holding her five-year-old daughter in her arms. 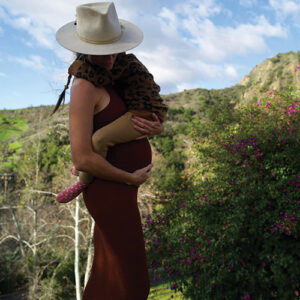 After that Twilight star, Nikki Reed also shares the same post. In the Picture, she was seen wearing a brown colour bodycon dress style with a white colour hat. Along with the picture, the actor wrote the caption “All I have ever wanted from the time I was a young boy was to have a big family.” Further, he expressed his gratitude and said “Thank you, Nikki, for giving me that gift. Round 2 here we go!!!” He added when I was taking this photo, I couldn’t believe what I was seeing through that viewfinder. There is nothing more beautiful. He asked everyone including his fans sends positivity to his wife Nikki Reed and him during this time. 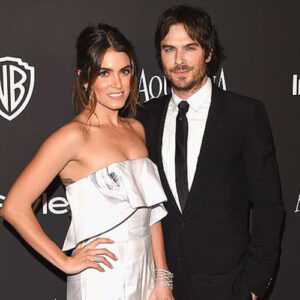 Ian Somerhalder and Nikki Reed started dating each other in 2014

Nikki Reed also shared the same image on her Instagram page and wrote “2023 celebrating life (added black heart emoji) – years of dreaming, praying, and manifesting over this very moment. So much love. What a gift.” She added that she has strong boundaries with social media especially when it comes to her children. What she put out into the world. She asked her followers to send positivity, kindness and love and further, said “some things are not good to share.”

Many of their friends and fans congratulate the couple on their second child.

Ian Somerhalder is famous for his role as Damon Salvatore in The vampire diaries show. After his breakup with Nina Dobrev who was playing the lead role of Elena Gilbert in the vampire diaries supernatural drama series. He started dating Twilight star Nikki Reed in 2014, who had just gotten divorced from her ex-husband American singer Paul McDonald. After six months of dating the duo get engaged. Three months later after the engagement, in April 2015, Ian Somerhalder and Nikki Reed got married in Topanga Canyon in Malibu, California. 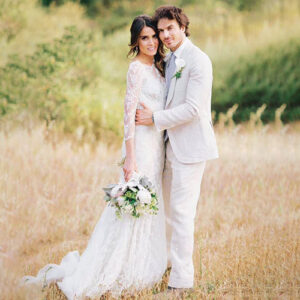 Ian Somerhalder and Nikki Reed got married in April 2015

After 2 years of marriage, the duo announced that they were expecting their first child. On 25 July 2017, they became parents and welcomed their daughter Bodhi Soleil. After six years of their first child’s birth, the couple is expecting their second child. The family resides on a farm outside of L.A. (Los Angeles), where they live in peace and privacy, away from the limelight.

Prime Video released Season 3 of Hostel Daze and as soon as the trailer was released it was destined to be a success.  Hostel Daze...

It seems as if everyone has had enough of the "Monday Blues."If you have ever thought that you are the only one who experiences...