Chris Noth got fired from Equalizer for sexual Assault

Law & order actor Chris Noth got fired, the claim against his sexual harassment is made evident. Some of the cast women came forward and reveal what was hidden about Chris, Even Equalizer has taken a stand for this. To know more, keep on reading!

Sarah Jessica parker’s footage has now been cut, according to media Reports Were told that the series, which aired seven episodes of its second season and is currently got interrupted when Chris assault news spread all over the media.

This was announced by Queen Latifa Chris no longer will film additional episodes of the Equalizer, effective immediately is the statement given. Latifa, a month later connected to people said, “It’s still surreal. It is such a dicey, delicate situation that requires a great deal of respect,” adding, “That’s a personal thing that he’s going to have to deal with. 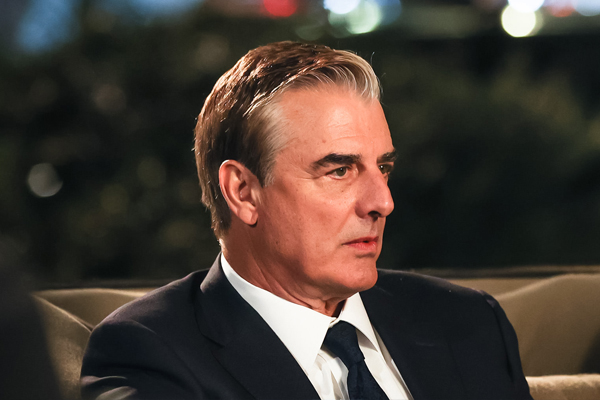 Chris Noth got accused after these two women showed up at the Media house. Before jumping to any conclusion let’s look, at the event. These two women shared two at media house and shared the incident, both of them did not reveal their names, but pseudonyms as Zoe and Lily, Zoe incident happens in 2004, in L.A. she shared that he got her phone number, and Chris invited her West Hollywood apartment and rape her. She tries her best, but she claims he would not let go of her.

Fan, think rumors are accusing Chris. One of the fans said stop character assignation and lieu of prosecuting cases post statute of limitation. Either we have codified laws or suggestions, Chris Noth was neither charged nor complained about for 30years and has incurred tangible losses is in order. Though hidden names of women, can look like a rumor or speculating. But, these two women are not the only ones who revealed something about Chris. 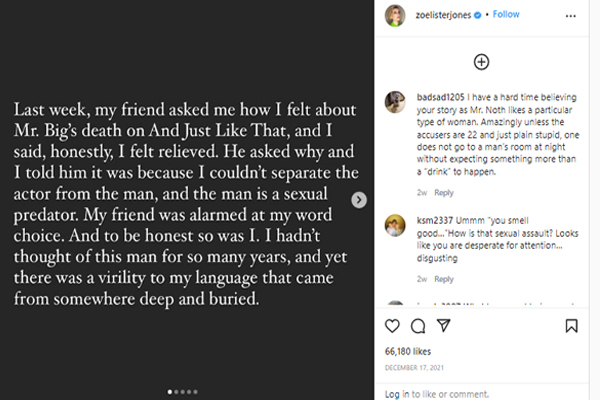 The evidence against this rumor got stronger when one of the cast members, Zoe lister jones revealed the event with Noth and she said in my twenties, I worked at the club NY that Chris Noth owned and he show up, consistently sexually inappropriate with a fellow female promoter. That same year I was a guest star on Law & order and he was drunk on set.

In one take he got close to me, sniff my neck, and whispered you smell good. I did not say anything, my friend responded with nothing back at the club. She added denying their impact as a means of survival. And burying the feeling that comes with the transgression that we have been taught is simply to be expected. Zoe posted this on Instagram. Even Kristen Davis who is an actress tweeted with a post we are deeply saddened to hear allegation against Chris Noth. We support the women who came forward and shared painful experiences. We commend them for it. Though the allegation against Chris Noth is a series of assault events.

Currently, against Chris Noth, CBS has taken a stand, and even the celebrity supporting the women who boldly spoke about their assault. But currently, there has been no court case happened, yet. What are your thoughts on this? For a quick update on this, Stay tuned.

She’s not just hot and beautiful, she’s a total package. Read her spilling some incredible secrets about her life in this interview with us! Cailin...

If Lady Luck has agreed to favor you this time, we present to you some exciting games to try your hands at. Don't worry,...

Yesterday, was the day when all the ten IPL teams had to decide their retained players for the next season and that meant some...