Elon Musk who is known to be the richest business man has finally owned what he pitched for! Twitter. He is a CEO of Tesla Motors and he is a founder & CEO of SpaceX. He invested in Tesla for the longest time and he recently bought Twitter as well.

The original owner of twitter Parag Agrawal made a deal with Elon musk and Elon finally owns the Twitter app. Elon Musk pitched the idea in one of his meetings to make social media such as Twitter but he wanted to bring his own idea to the company with the basic principle of free speech. But unfortunately that idea did not proceed to build an app but Elon Musk sealed the deal with Parag Agrawal on April 14, 2022.

Do you know the meme culture has begun on this event? Elon Musk updated with his recent news of getting the ownership in Twitter and fans went witty, sassy and highly creative with their response. These memes are hilarious you must check them out! 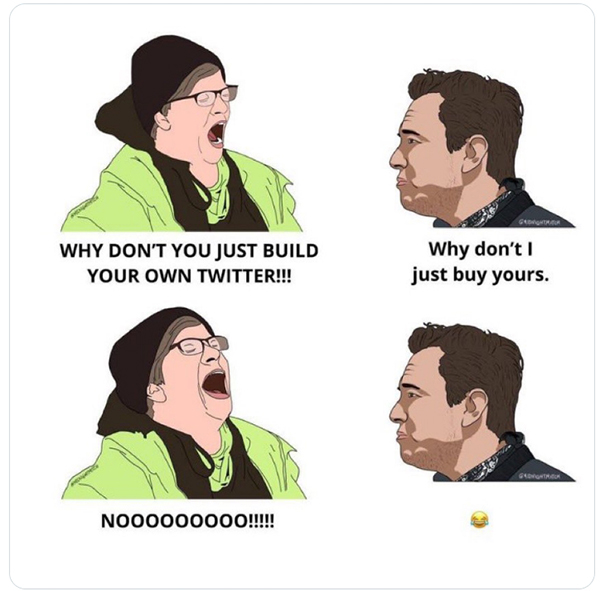 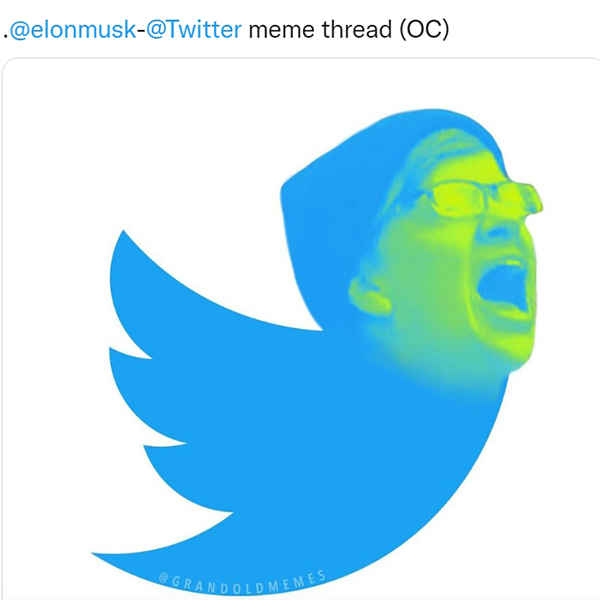 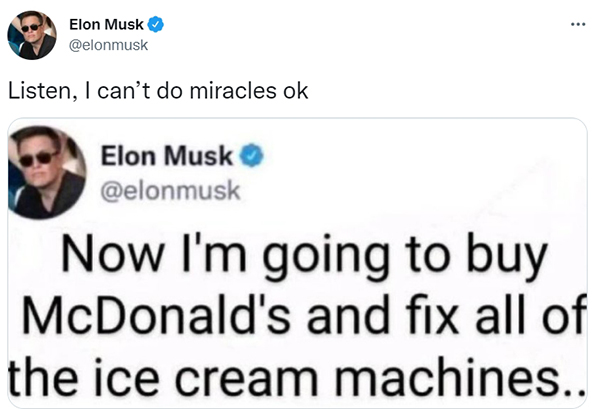 Elon Musk made a response to one his memes.

Though fans went highly zealous and constantly made responses. Even the co-founder of twitter Jack Dorsey responded, I do not believe anyone should own or run twitter. It wants to be a good protocol level, not a company. He mentioned trusting Elon Musk is the singular solution he completely trust, he trusts Elon’s mission to extend the light of consciousness.

Not everybody approved his idea of free speech and it impacted in such a way that it led twitter users to quit their account. British actress Jameela Jamil is the most active user on twitter, she previously made a response to Kim’s speech on women. She also made a sarcastic response to Elon Musk. She responded, one good thing about Elon buying twitter is that I will “finally” leave and stop being a complete menace to society here.

She added, I would like this to be my, what lies here as my last tweet. I feel the fear for this free speech bid is going to help this “hell” platform reach its final form of totally lawless hate, misogyny and bigotry. Best of luck! Though this shocking statement of quitting twitter was not her alone but other users have chosen to quit it. 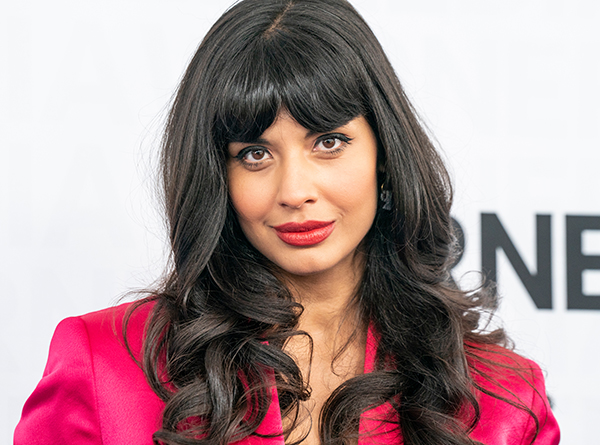 Elon Musk mentioned “Let’s make twitter fun!” but users find it threatening. On 27th April he made a response explaining his idea of “free speech”. The extreme antibody reaction from those who fear free speech says it all.

By Free Speech, Elon means which matches the law. I am against censorship that goes far beyond the law. He expressed that if people want less free speech they will ask the government to pass laws for that effect. Accordingly, going beyond the existing law is contrary to the will of the people.

Whether it be for a special occasion or to add another exciting piece to your precious collection, these fabulous timepieces of all time are...

6 Hottest thinga a guy can do for his woman! Polina is here to help you guys know the things you can do for your...