Johnny Depp Files A Lawsuit Against Amber Heard, Know All The Updates Here!

Johnny Christopher Depp is an American actor. The pirate Johnny Depp made an exclusive headline after his divorce with Amber Heard. Recently, he filed a lawsuit against Amber Heard. This whole Johnny Depp defamation created a whole lot of serious drama, here you can find the details!

Johnny Depp Timeline for dating has been quite interesting he got married to many industrial women actors such as Sherilyn Fenn, Winona Ryder, Kate Moss, Vanessa Paradis. His recent wife was Amber Heard got married and divorced in 2016. 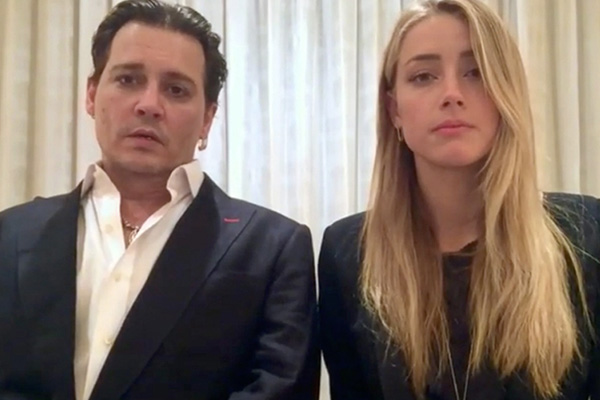 Johnny files a lawsuit against his ex-wife Amber.

In the previous year, Amber revealed her relationship with Johnny Depp and that she filed a case on him. This case took place in UK first which was undeniable and overwhelming. She revealed that she is not surprised or shocked by the denial of Mr. Depp’s application for an appeal. The original judgment was that Mr. Depp used to beat her and she was frightened for her life. The shocking part behind her divorce got revealed that Johnny Depp abused her physically and verbally.

Her recent case took over in FairFax city where both the industry actors Johnny Depp and Amber Heard were present for the case. At 7 all the fans were present in the court gate but the celebrities were not allowed to give autographs or any sort of picture. Johnny Depp made a lawsuit against his wife Amber Heard and denies all accusations that her ex-wife declared.

Amber Heard before her case, three days back for her Virginia court case, she expressed that Johnny has sued her for an op-ed. She wrote for the Washington post in which she reported about her experience of violence and domestic abuse. Though she clarifies that she never called his name or identity but a man with power always trouble and price a women who stands up against it. This case is stretched for a while and she has continued to pay the price. 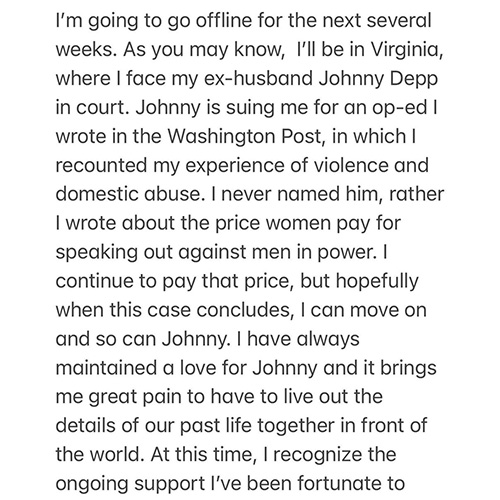 Johnny Depp ex-wife expresses that she is in great pain as she has to live out and remember details of her dark past events. She has to declare the details Infront of the world as well. Later, she expressed the gratitude to her fans who stuck to support her.

In 2018, Amber heard wrote an article on Abuse which was highlighted in Washington Post. Depp Lawyer argued to stop her to use the law as anti-slap which means (Strategic lawsuit against the public participation) as it was a civil case. This article was written for the public interests but Johnny Depp has to face a setback of $100 million for the defamation battle.

At the current moment, Johnny Depp and Amber Heard are still in the process of this case. It started in 2018 and extended in 2022, it made huge headlines on Johnny Depp. Though usually, Amber Heard gives a response after her court case but for the current case, she has not made any response yet.

Esha Kansara Reveal Her Relationship With Siddharth Amit Bhavsar: “Look what we did!”

Indian actress Esha Kansara made her debut in lots of TV shows. Though the actresses got engaged to a musician Siddharth Amit Bhavsar, which...

Will this new bag by Michael Kors starring Bella Hadid be your next pick? Read on to know!

We know, ''Handbags speak louder than words” and we bring to you the ultimate bag from a luxury brand that expresses your personality in...