Lois & Clark actress Teri Hatcher revealed her miscarriage. The video of Pop is out, in that clip she says who knew I was going to share this story, here. To find more about this event, which shocked her fans, keep on Reading!

Teri Hatcher is absolutely a bold, honest actress who has been open about her life. She reveals about her miscarriage which happened at her 40s, when she was single. The questions are many, but her speech reveals all of them. Teri Hatcher said I did that, it did not work out for me. But, I tried to have a child by myself. The context of the talk show was about the sperm donor. In the POP daily talk show, Justin Sylvester and Loni love were there, they were discussing if the sperm donor process exists? To which Teri reveals, I did that.

Teri added I tried to have a child, I went through the whole process. She hesitate and say I had a miscarriage, unfortunately. But who knew I am going to share this story. Though by now we as fans were expecting an emotional story. Teri reveal the other part of the story, which took different turns. 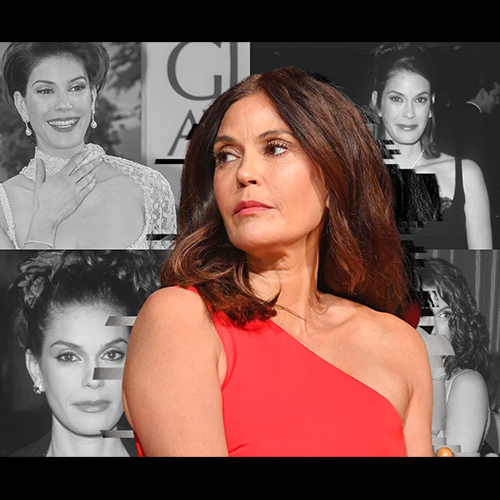 Teri Hatcher, said I had a miscarriage, unfortunately. But who knew I am going to share this story

She said It is fun, actually! You get to pick and choose to wear glasses. If they have acne. It is interesting if you think that way. It can be done and do it that way. She shared the story with a light heart and as a fun experience to conceive a child.

After, Jon Tenney and Teri Hatcher split happened in 2003. She once said, People go through marriage with best intentions, and if u really exhaust yourself in a situation. You don’t think you can fix it, I don’t think you should torture yourself. I am not for that. Teri Hatcher said, youtube channel Getting Through Divorce, in 2019. By this you can get a glimpse of Teri Hatcher, who always stood strong, her own channel speaks about a healthy diet and, she shares life’s perspective.

Teri expressed after her divorce, as a single mother to follow the stigma. She replied I want to remove the stigma of that and many women who get divorced will not get remarried. That kind of sounds depressing but it does not have to be. Many women are not just Surviving but thriving.

Teri Hatcher, says I want to remove the stigma of that.

She added There is a difference between being alone, I have been single for a very long time and there is nothing lonely about my life. Many women are thriving, they are empowered, healthy, and traveling. You can feel proud of your life. Desperate housewife actress told once in People.

Currently, Teri Hatcher is thriving in her Single life, and on her recent Instagram post, she wrote in her caption This pink suit is what inner joy looks like when you wear. It is really true that a good look can lift your spirits.

Australia is one of the most fascinating countries in the world and has many tourist attractions for foreigners to visitAustralia, the sixth-largest nation in...

The T20I World Cup is set to begin this week but for some it might be the last World Cup in this format of...

Cristiano Ronaldo who made a world record in the UEFA champion league revealed about his personal grief of losing a son. Read further to...

Planning to live alone for the first time, here are some things you need to know for this experience. If you are someone who...

The first cinematic experience in Hindi, Brahmastra, falls somewhere in the middle between being outstanding and disappointing. The much-awaited movie of Bollywood, ‘Brahmastra’ is...