Main Hoon Na Actor Zayed Khan is “Back”. After his last movie in 2015 he updated with a comeback in the Bollywood industry. Get to know the updates here!

Bollywood actor Zayed Khan “Finally” made his comeback. Though he was almost absent in the industry for the longest period. He was part of Main Hoon Na, Chura Liya Hai Tumne, Vaada, Blue, Shabd, Shaadi No.1 and Love Breakups Zindagi. Zayed made his first debut in 2003 with Chura Liyaa Hai Tumne and his last movie Desi Magic. But did he quit the industry? get to know about this in his recent interview.

Zayed Khan after the covid period was spotted for an interview he received the question on where he was for this long? He hesitated and responded that it was not that long, I was at home. He did not get work and did not feel the need to do the movies. He expressed that this covid period was introspective for him. His disconnection with the industry is normal every man has a right to feel disconnected.

Though the wait is over as Zayed Khan made a recent post updating about his comeback. He expressed, the bargain builds his self-belief, hard work, razor focus and that love in all its forms is around you. I am finally taking my journey as an actor to the next level and he expressed that he missed being part of the industry. 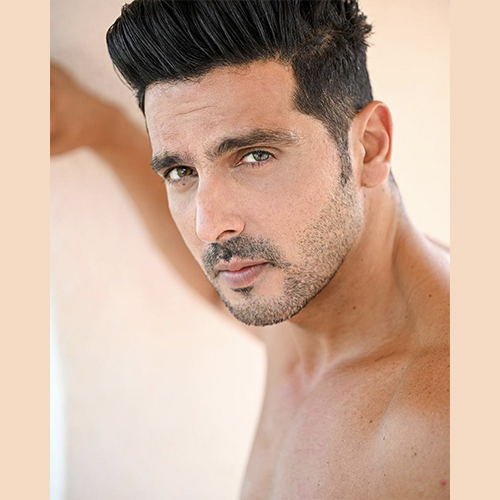 Zayed Khan is back in the industry!

He even reveals about his series of photographs which was taken by her sister Tina Dehal, these photographs expose the transformation Zayed Khan went through. He conveyed gratitude towards those who have been part of his transformative journey. He mentioned, Hrithik Roshan as his brother and mentor motivated him during this journey of transformation.

He expressed gratitude towards his wife Malaika Parekh and her both sister Farah Khan Ali, Sussanne Khan and fitness mentor Satyajit Chourasia.

Though his comeback made Bollywood industry people excited and cheerful. Zayed khan is back with a healthy lifestyle and fitness journey, he is ready to roll. Actress Dia Mirza expressed he look absolutely amazing. Her sister Farah Khan Ali made a official post mentioning how cool and handsome you look Zaydu. Welcome back my baby brother!

Zayed Khan fans were extremely zealous after getting his comeback confirmation in the industry. His fans expressed, Actor like Zayed Khan is much better than actors of today. You are truly looking great and looking forward to seeing you. Another fan wrote, it reminds me of my childhood, you are “lucky” character which was sooo good. Come back in movies. This recent news made fans extremely cheerful to see Main Hoon Na character back in the industry.

Bad Boys For Life actor on Oscar night, we saw a new side of Smith. He got so offended that he went up to...

With a rare kind of heroism, Ranveer Singh is ready to win hearts with his upcoming movie ‘Jayeshbhai Jordaar’.With the release of his upcoming...

Seeing These Partners Would Make You Want One, Happy Month of Love!

We Have Listed the Most Popular Love Birds of All Times as We Venture into The Month of Love, Take A Look! Cleopatra and Mark...

How to remove Holi colors after festival get over!

In Holi festival the vibe of holi stays but you know what else stays, Colours! The more we celebrate Holi with a joyful spirit, the...