The trailer of Bhool Bhulaiya:2 is finally out and here is what we think about it.

The trailer of Bhool Bhulaiya:2 was dropped on Tuesday and well, we are quite confused about the ‘haunting comedy’ that the movie claims to be. starring Kartik Aaryan, Kiara Advani and Tabu, the movie is the sequel to Priyadarshan’s 2007 release Bhool Bhulaiya, which starred Akshay Kumar and Vidya Balan. After watching the trailer, we are quite confused. Why? Here’s why. 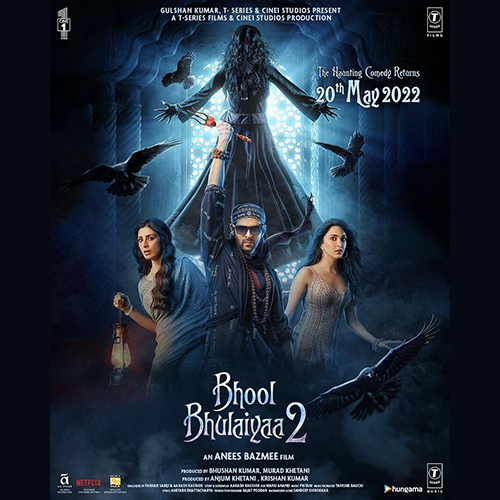 The movie is expected to deliver a spooky comedy in the theatres.

Just like the original one, also revolves around the same plot, but with a twist. The character of Manjulika this time has been taken up by Kiara Advani according to the trailer and the most wanted Munda of Bollywood will be seen in the role of Rooh Baba, who is an exorcist finding it difficult to deal with the spirit of Manjulika, who has returned after 15 years. While Kartik as Rooh Baba is trying to avoid the situation, the other supporting cast of the movie are running for their lives. Tabu, who has a short screen time in the trailer, is an unknown character who we believe is a mystery that the movie will disclose to the audience in the theatres. Other than her, Rajpal Yadav will be seen in the same character as he was in the original movie.

The movie also revolves around the love story of Kartik Aaryan and Kiara Advani, where the two also get sacred of Manjulika as they get to know that the spirit has returned and has become more powerful. While talking about the convincing power of the trailer, we are not having many hopes for the movie. Although there are factors which will build up your interest in the movie like Kartik Aaryan and his dance moves, that’s pretty much it. 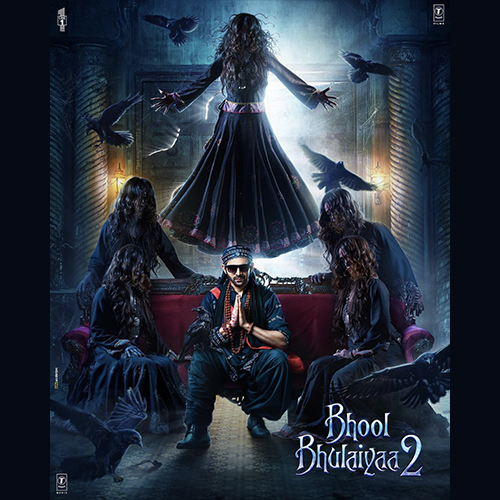 In this poster, the look has been kept similar to that of the 2007 movie.

Since the trailer had dropped, there have been mixed reactions by the audience and if you have seen it, you will know why. The handsome hunk, Kartik Aaryan is getting a lot of appreciation for his dance moves in the films and undoubtedly, he has tried his best to get into the character which reminds us of Akshay Kumar from the 2007 original movie to some extent.

Interestingly, the OG Manjulika Vidya Balan shared her reviews about the trailer on her Instagram, she wrote, “Congratulations #BhushanKumar and team for this haunted comedy. The trailer looks familiar yet different Haha!! can’t wait to experience this roller-coaster ride again #BhoolBhulaiyaa2. Watch the family entertainer, releasing in cinemas on 20th May 2022! (sic).” Many other celebrities shared and applauded the trailer of the film. As the makers had released the trailer after a long wait, which created a hell-lot-of curiosity for the audience, the trailer of Bhool Bhulaiya:2 bagged the #1 position on YouTube’s trending list. 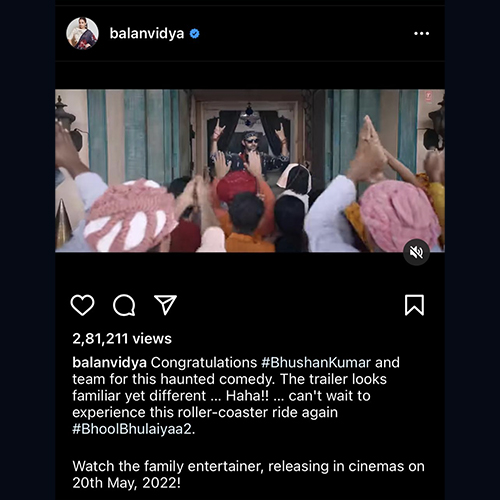 The original Manjulika, Vidya Balan also shared the trailer of the movie on her Instagram.

Directed by Anees Bazmee, the film has been produced by Bhushan Kumar, Murad Khetani, Anjum Khetani, and Krishan Kumar under the banner of T-Series and Cine 1 Studios, and will hit the theatres on May 22.

Are you ready to experience Doctor Strange in the multiverse of madness? Read on to know what the trailer hints at.

Benedict Cumberbatch is back with the trailer of  'Doctor Strange in the Multiverse of Madness', to deal with the real impact of the spell...

If you start counting the number of potatoes you’ve had in your lifetime, you will be shocked too. But still, you’ll long for more....