It’s impossible to put Richa Chadha into a box. Unafraid to take on unconventional roles, she transforms herself for every character that she plays with the ease of a shape shifter.

Richa Chadha has a witty punchline for every situation. She says it’s her Punjabi roots in action, a glimpse of which we witnessed when she spewed unmentionable one-liners as Bholi Punjaban in the Fukrey franchise. The moment you feel like labeling her as this happy-go-lucky girl from Delhi, Richa turns the game around to discuss the stages of feminism at length, stumping you with the nuggest of information that she is also an author. One moment she gets the entire photo shoot team cracking up at her jokes, much like Dolly from Oye Lucky! Lucky Oye!, the next, she would describe, in minute detail, the kind of treatment a rapist should be
meted with, almost transforming into Nagma Khatoon of Gangs of Wasseypur, who would nudge her onscreen son to take revenge. As we tell her we could relate to Devi Pathak from Masaan, a small town girl caught in the web of blackmailing and police atrocities, Richa opens up about how that role in the Indo-French film directed by Neeraj Ghaywan changed a lot inside her.

Q- We loved you in Fukrey Returns. What has also got us excited is your first project as a producer, Khoon Aali Chitti. How has the experience been of producing a film?
A- It was more of an experiment, and I definitely need some more time to hone my skills as a producer, and evaluate and analyse the process. Now that I have a firsthand experience in producing, I know which path to take.

Q- Your journey in the Indian film industry has been unconventional.
A- Yes and it has been a lot of fun too. I am looking forward to the years ahead.

Q- You acted in a web series called Inside Edge recently. Was it any different from working in a film?
A- The format for a web series is different, but it was similar to shooting for any three hourlong film. The only difference was that we worked for three months, non-stop, beginning with scriptwriting to the actual filming. I can’t wait for its second season. It airs this March.

Q- Did you always want to be an actor?
A- Yes, I did. But only after I started getting a positive response to my auditions, I had the confidence that I could earn a living from it (laughs).

Q- You are not from a film family. Didn’t it deter you from getting into acting?
A- If only I knew it would be this difficult, I would have given more thought before taking the plunge. As for family legacy, I am glad that I do not have any. I am proud of the fact that I have come this far on my own. My experiences have made me humble and stronger than ever before.

Q- You have chosen roles that would have been a make or break for your career. How do you see this?
A- I have not been criticised negatively for the roles I have chosen. It was a huge risk to play a mother at such a young age in Gangs of Wasseypur and portray a negative character in Fukrey, but the audience loved it. The risks have paid off.

Q- What has been the most memorable film experience so far?
A- I have to say Fukrey. Even during the shoot, we would hang out just like friends would do. It was more like a picnic for us (laughs). I am of an opinion that it is not easy to shoot if you don’t have a good chemistry on the sets with your team and co-actors.

Q- And the most challenging role?
A- I think being an actor is challenging in itself. We have to be self-reliant, mentally and financially. There are times we are working all through the year, and times when we don’t have any project for months. So, more than the roles, it’s the fact that the actors’ fate depends on a lot of things than just their talent is a bigger challenge. 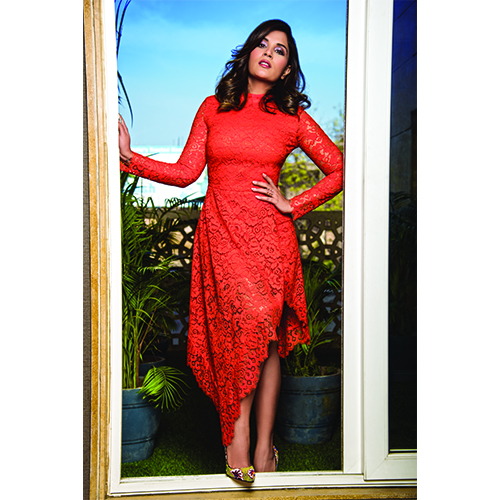 So, more than the roles, it’s the fact that the actors’ fate depends on a lot of things than just their talent is a bigger challenge.

Q- What else do you like apart from acting?
A- I like to write. I am working on a book as we speak. It’s about different aspects of feminism. I am also into photography. I might get into photography at some point in my life. This is why I could not stop fidgeting with your photographer’s cameras (laughs).

Q- Is there a flip side to being hot?
A- While growing up, we were made to feel uneasy about ourselves, our body types, shapes and sizes. It doesn’t affect me anymore. I have evolved and am happy in my skin. I would like to tell every girl that no one should be apologetic about how they look or the size of her dress.

Q- How do you unwind?
A- My friends are my lifeline, and hanging out with them calms me down. Reading relaxes me, so does swimming.

Q- Tell us the funniest rumour you have heard about yourself?
A- That I am temperamental.

Q- If not acting, what career would you have chosen?

A- I would have been a businesswoman running my business empire.

Q- Tell us the weirdest message that you have received from a fan?
A- Someone asked me to send him a picture of the Cinderella tattoo that I sported in Fukrey.

Q- Can you recall one of the most uncomfortable situations you have been in?
A- I was once stuck in a waterfall for about five hours during a shoot, and my leg was injured. To make matters worse, I was on my periods. 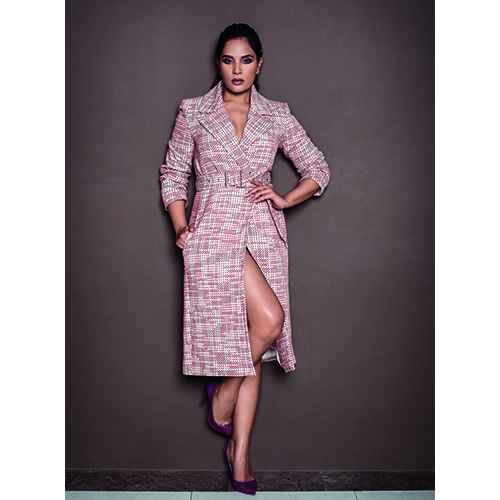 I was once stuck in a waterfall for about
five hours during a shoot, and my leg was
injured.

Q- Is there a go-to cuss word for you?
A- No words. I show my middle finger.

Q- Is there anything that tempts you too much?
A- Potato chips

Q- Imagine a situation where you are arrested. What would your family think your crime was?
A- That I have jumped a red light at traffic signal or slapped someone for misbehaving.

Q- f you could replace handshakes with another form of greeting, what would it be?
A- I would replace it with the Eskimo greeting, where two people rub their noses with each other. I think it’s an adorable way of introducing yourself to someone. It might just break the ice instantly.

Q- Is there anything that makes you mean?
A- Anger makes me sarcastic.

Q- Who are your favourite actors?
A- Tom Hardy and Ranveer Singh

Q- How old were you when you entered your first relationship?
A- I was 14 and had a huge crush on someone. 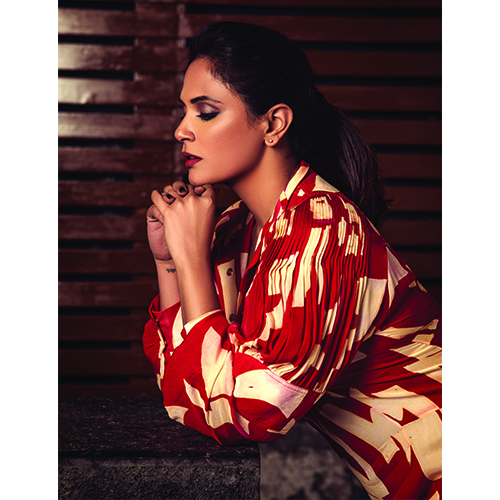 I think it’s an adorable way of introducing yourself to someone. It might just break the ice instantly.

Q- What qualities in a man do you admire?
A- Intelligent, kind, humble, self-made and liberal.

Q- The kind of men you would never date?
A- Someone who is egotistical, arrogant, conservative, and someone who doesn’t have a perspective or a worldview on important issues.

Q- What would you do if a random person proposes you?
A- I might ask him to stay out of my way. No violence (laughs).

Q- What do you think of Indian men?
A- They have a long way to go. But, the fact remains that all of us, including men, have been victims of years of conditioning in the society we have grown up in. It’s time mothers stopped treating their sons differently from their daughters, and fathers putting restrictions on their daughters but turning a blind eye to what their sons are up to. The change will come from within us.

Q- How do you feel when men hit on you?
A- I am flattered, but not when it is unwanted. I want men to know the difference.

Q- Tell us the craziest thing you have done?
A- It has be the belief that I could be an actor and navigate the film industry, without any support from within it.

Q- Any New Year resolutions?
A- Yes. I would like to read something every day. 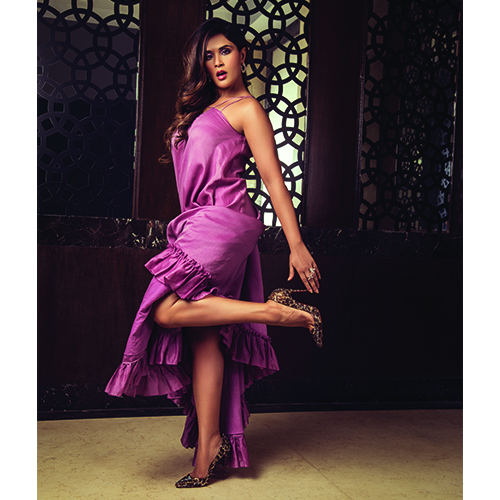 Someone who is egotistical, arrogant, conservative, and someone who doesn’t have a perspective or a worldview on important issues.

Many clubs are in need of top players and these free agents come at a very cheap and affordable price in comparison to the...

Jug Jugg Jeeyo has been one of the hit family drama movies of the year and it has lived upto the expectations of the...

Nikki Delano, a model who will give you Goosebumps every time has a simple mantra to live, love, and laugh which we believe is...

Don’t Stress it Out!

We are a part of a fast-moving world, getting bigger and higher every minute with technology, while we humans try to keep up with...