We met her after 5 long years and the feeling was mutual–Why the hell did we take so long to get Lisa back on the cover?

It was 5:30 in the evening when the cover girl was finalised, with Lisa saying, “Oh wow! FHM would be really great.” YESSS! We are allowing you to drool at what you always dreamt of–a superhot girl on a ten-page bonanza cover story! Lisa was really really happy on the shoot and that showed! Rohan had a damn hard time clicking the straight-face shots, which you can see in the following pages. When the shoot got over, everyone was content, we were gleaming… and Lisa? This would be a good time to mention that she is an energy powerhouse! The woman was just as charged, if not more, as she was at 9 in the morning! With our first man cover creating a buzz and Evelyn Sharma burning you more than Delhi summers, we had to keep up with the hotness quotient. Lisa Haydon was the proverbial 3 smokin’ aces! With Queen, she showed that two contrasting personality girls can be BFF. Shaukeens portrayed what perhaps happens to Lisa on a daily basis… multiple men piling on top of each other to get th damsel’s attention. Basically, it was high time that we stalked her and got her back where we think she looks the best. Presenting to you, the half Aussie, half Indian E’Lisa’beth Marie Haydon, version 2.0, on FHM! Lisa has been scorching the Indian modelling scene for years now. But here’s a bit of trivia on how it all started. Besides studying in the USA, Lisa was volunteering for charity missions in Ecuador, South America and Mexico. She then went to Australia but she often visited her parents back in India. On one such visit, her neighbour told her to give modelling a shot! (Whoever and wherever she/he is… we can never thank you enough!) And then there was no looking back. With 4 sisters to grow up with, she does have a bucket full of sweet memories. But let’s keep that for another month, shall we? 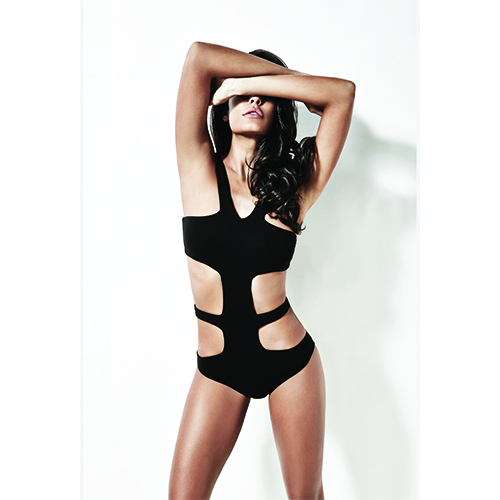 With 4 sisters to grow up with, she does have a bucket full of sweet memories.

With an affection for South Indian food, Lisa loves Dosa, Uttapam and Idli. And you know what? LISA IS A VEGAN! And we are straightaway smitten! When will the world learn that vegans are the most thoughtful race–if we may call them one. Sipping her coffee and again getting back to the conversation, Lisa tells us that she usually took around 5 hours to watch a Hindi movie and we had a good laugh about it till we got a look that said ‘It’s OK’. But ask her the cuss words in French and you will have a new name-calling dictionary ready for your best friends. Enough of MCs and BCs, right? Let’s bring some class to this act. From acting in different TV commercials, it was in a coffee shop that she was given her first movie break in Bollywood. And Queen is where she got to show her real side, minus the gutsy part, however. Being friends with girls and the freedom is where she truly related to Vijaylakshmi. Flabbergasted at Ahana’s character in Shaukeens, she found a way to chill with people twice her age. But GOD, we felt so jealous of the oldies. We even told her that and promptly a sly smile came back, which made our day, actually not a day but a whole fortnight for sure. Lisa does have a couple of flicks lined up for release in the coming months, she was not ready to name it. Not that it matters–we glue our eyes on anything with Lisa in it anyways. Make way for a few uncomfortable questions, but our girl handles them with élan. Now that we ask her who a better co-star is between Sonam Kapoor and Kangana Ranaut, Lisa tactfully bypasses the question altogether! These girls, we say! They are so diplomatic! ‘OKAY, NEXT QUESTION’ and then we threw a better one. What’s the secret behind her superhot body? The awesome figure that she carries around flawlessly has a lot to with running, Pilates and yoga. That is why we think we should give cardio a shot, but there is no way we are getting in as an awesome shape as hers, so chuck it! Fruits for breakfast, citrus salad and vegetable juice for lunch and chocolate biscuit and pizzas for dinner. And you thought maintaining such hot bod was easy! 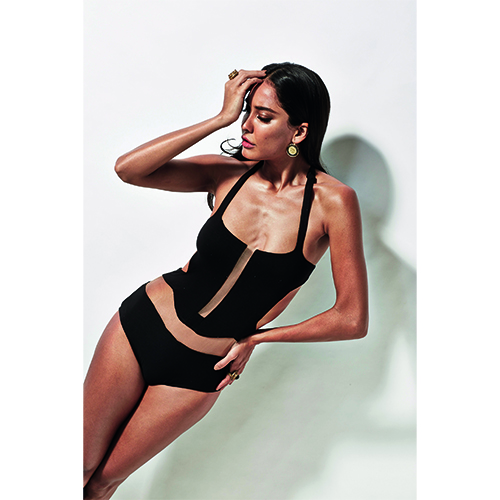 And you thought maintaining such hot bod was easy!

She can swing both ways (Hang on! Let us explain). Lisa can go from getting into a sexy bikini for the beach to the sophisticated senorita for a party without even batting an eyelid. Another sip of coffee and she picks up from where she left, “I am a complete beach person. I love Ibiza; but love London just as much. On being asked about what makes her feel her sexiest, out came a prompt reply. “Sound sleep and a workout.” We’re not surprised, really. Next comes the stupidest thing she has ever done. Since we didn’t know what was coming we’ll quote her for you. “ummmmm… Suggest that we should do a shot of my ass today.” Hope you didn’t get scandalised because here is the backstory… a reference shot in some magazine made her think of doing it. Till the photographer thought it was a bad idea. Dammit! Steamy scenes in movies make her awkward. But at least she was open enough to admit it. She exclaims that doing steamy scenes make her uneasy. She has done it but err… a phone call interrupted us! Arrrgh! We made her remember that she was doing the count of her steamy scenes but the ‘little girl’ said that her father will kill her for that. That was pretty much the end of it. A tiny break and a look out of the window calmed her as we shot another question at her. “Any hots for the actors from the black & white era?” She again politically corrected herself and added respect rather than having hots… to the names like Judy Garland, Esther Williams and Debbie Reynolds as her favourites. Much like her counterparts, she too has a list of would have-loved-to-do-thatrole list and that includes Scarlett Johansson’s Lucy and Natalie Portman’s Closer, among others. 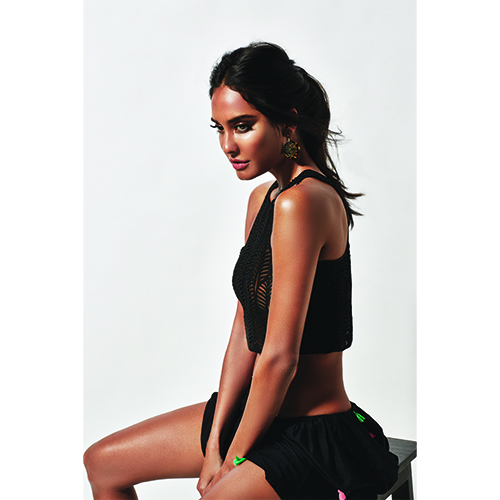 Getting her attention was not easy for us, But at least we asked how to grab her stare in a room full of blokes. The trick is simplest and hardest; at the same time. Just let your confidence show, and hit the cheesiness out of the ballpark. Oh! And hope you’re taller than her. Chances of which could be slim as she is taller than the average Indian chump. A guy who owns a Ferrari doesn’t excite her as she is an Aston Martin fan. Chiseled looks, smooth talker and eye candy looks are her preferences and Johnny Depp fits the bill perfectly for her. She has some special liking for Mr. Depp. Noted, ma’am! But when will she learn to be politically incorrect? Asked to arrange Ranbir Kapoor, Salman Khan, Irrfan Khan, Atif Aslam and Virat Kohli in order of preference, she put them all together as ‘great people!’ And not to mention that Johnny Depp showed up in the desi stars list too. Don’t go by her international looks, folks. She is a mango lover and loves to make smoothies. Peanut butter smoothies (really?), banana chocolate. But the best thing she can conjure is bread and butter. When she said ‘Dhaniya’ as ‘Daniya’, we figured out that she needed more Hindi lessons than the last time we spoke to her. She has improved, of course –no denying that. Lisa is a lot of good looks with a magneti  carelessness that is simply gorgeous. And we are sure that is something that has helped her make her a household name in the Indian heartland. She has come a thousand miles from when she started but we’re sure that a million more await her! As our time with her drew to a close, she promised to feature in our 100 Sexiest Women Alive list and to grace our cover again… albeit much sooner this time! Shine on, you crazy diamond! 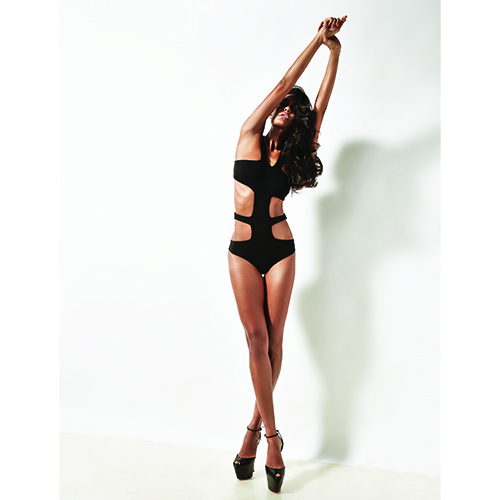 As our time with her drew to a close, she promised to feature in our 100 Sexiest Women Alive list and to grace our cover again… albeit much sooner this time! Shine on, you crazy diamond!

Going In A Casino Is What Everybody Dreams of, But Returning From A Casino With Money In Your Pocket In Not What Everyone Can...

The year is about to end, and you might be trying to decide what to keep and what to discard. Well, there are some...