Hyderabad Police and AP Government imposed restrictions on cinema and the movie targeted was on one of the Tollywood movies, Bheemla Nayak which is scheduled to be released on 25th February. But Police from his official page released the information on Twitter. It led to chaos for the industry and Nayak Prakash Raj raised his opinion against it. Want to know the details and current updates? To Find out more about this, Read here!

On February 22nd no one was expecting any restriction for a recent movie, Bheemla Nayak. Until Hyderabad City Police made a post on Twitter announcing on Pre-Release event of the Telegu movie Bheemla Nayak at Yousufguda battalion, heavy movement of vehicles is expected. Andhra Pradesh government commanded on a written paper that no additional show will be on screen and no tickets should be selling in exorbitant price until the film release on Friday.

Though this news spread all over the media, even industry celebrity was upset with the decision. As Pushpa movie became a blockbuster after the Pre-release, this decision was predicted to impact the movie watcher; that it might be a blockbuster to earn highest. The cast hero Pawan Kalyan was quite concerned and though he did not mention about the movie, but he expressed his thoughts after the restriction was imposed. He shared a Nazi post, which said first they came for the socialists and I did not speak out and he expressed his loneliness in this whole chaos, said they came for me and I found no one speaks up for me.

Prakash Raj shared his opinion on Bheema Nayak restriction and said on Twitter please put an end to this on slaught and let cinema live. In his post, he questioned the authority and revealed his opinion on what is the abuse of power and dominant tendency in the film industry. He questioned that, why party achievements at the box office. He expressed at the end of the sentence that nobody can stop an admiration of fans and left this thought with “Just Asking”. 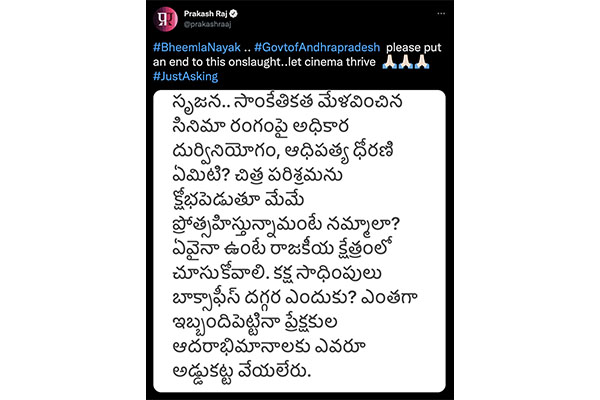 February 22nd no one was expecting any restriction for a recent movie, Bheemla Nayak.

Though the movie got released on 25th February, the cinema was doubtful if this movie would lead up to a blockbuster as no Pre-Release of Bheemla Nayak took place and ticket prices got raised but it was shocking when the whole fans in their own nearest cinema bombarded the place with tickets.

On the first day of the show on 25th February fans religiously were on time, and one of the fans gave the feedback, a mass entertainer with power-packed drama, high-intensity dialogues, and amazing performance. The crowded fans are challenging “Pushpa” and it is observed to be selling tickets quite fast. 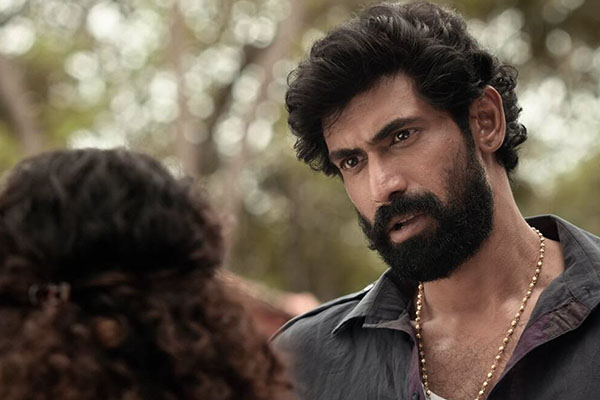 Bheemla Nayak at India Box got released on 25th February, started with blasting number and it has made around Rs. 36 crores.

The movie got the most hype and focus, the fans are still whispering about the movie scenes. Though as an update Bheemla Nayak at India Box started with blasting number and it has made around Rs. 36 crores at its initial day of release. It is expected to raise its value as “Blockbuster”; Though some of the celebrities, Prakash Raj responded on the recent rule for Telugu cinema against the government.

Share
Facebook
Twitter
Pinterest
WhatsApp
Linkedin
ReddIt
Email
Telegram
Copy URL
Previous article
Kanye West Going All in On Adidas Yeezy Knit Runner Sulphur But What Are Those?
Next article
Coach’s Rogue Slim Briefcase is in Quite High Demand Nowadays, But Is It Worth the Hype?

Tim Hortons, is the latest International coffee brand that has entered India with its first stores being in the Delhi NCR region The national capital...