With a rare kind of heroism, Ranveer Singh is ready to win hearts with his upcoming movie ‘Jayeshbhai Jordaar’.

With the release of his upcoming movie ‘Jayeshbhai Jordaar’, Ranveer Singh is setting up the mood for the audience with the charm of a Gujrati boy. The always pumped up Ranveer will be playing the character of a Gujrati boy and since the day of the trailer release, the audience is eagerly waiting for the movie to hit the theaters. With a progressive attempt to bring out the issue of female foeticide and gender disparity, the film has portrayed a rare kind of heroism in the movie which is not often seen in Hindi cinema. 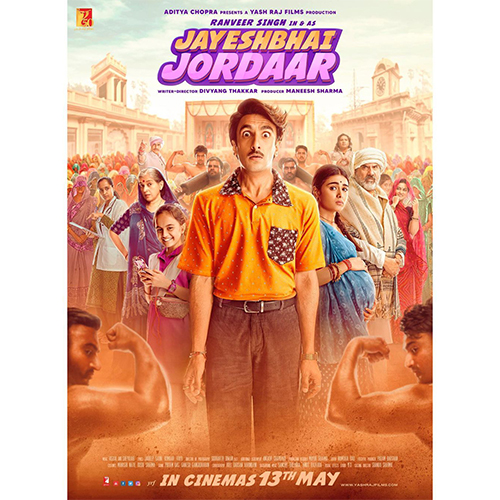 Ranveer Singh will be playing the role of a Gujrati man.

If you have seen the trailer, there is no doubt that you will instantly fall in love with #Jayeshbhai, around whom, the whole story has been framed. The story of a man who is willing to do everything in his power to save his unborn daughter from his dominating father, who does not want another girl to be born in his family. On the other hand, Jayeshbhai, played by Ranveer is someone full of life and wants to have a daughter irrespective of the toxic mentality of his father. Written and directed by Divyang Thakkar, is an attempt to promote girl child and empower women. Shalini Pandey will make her debut with the film plating Ranveer’s wife.

The trailer of the movie has fascinated many including the stars of Bollywood. The team of Jayeshbhai Jordaar has worked on the idea of the film and the promotional strategy for the upcoming release and trust us, we are impressed! Ahead of the trailer release of the movie, the very humble #Jayeshbhai sent a special invite to two of the Bollywood Divas, Anushka Sharma and Katrina Kaif. The invite consisted of a ‘special’ letter along with a scentless soap. Well, now that we have passed on the story through the trailer, you must have understood the reference to the unscented soap sent to these beauties before the trailer’s launch. 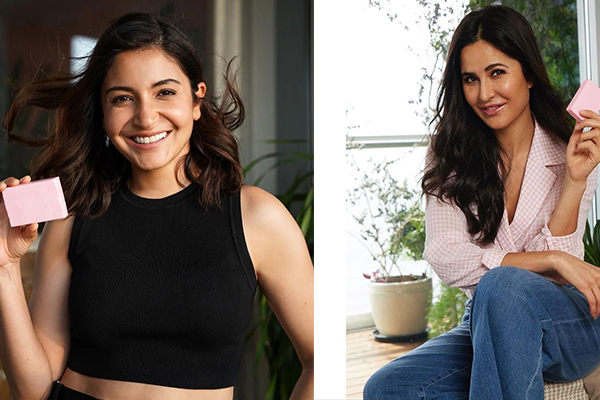 Katrina Kaif and Anushka Sharma took their Instagram to appreciate the team of ‘Jayeshbhai Jordaar’.

The trailer of Ranveer Singh’s Jayeshbhai Jordaar has not only intrigued Katrina and Anushka who lauded Ranveer, but many celebrities have appreciated the trailer and the actor for such an escalating attempt to bring an important issue like this in front of the world. 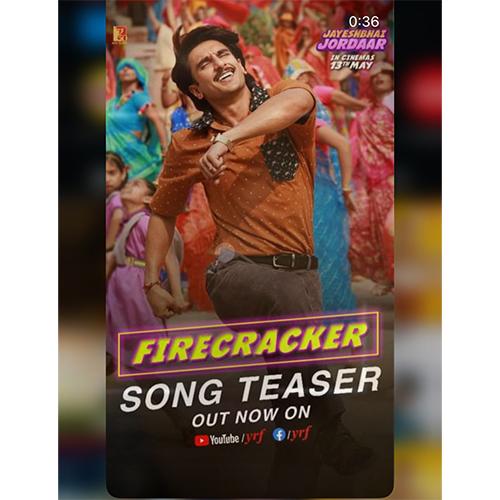 The poster of the song Firecracker from Jayeshbhai Jordaar.

Other than the trailer, the first song of the movie ‘Firecracker’ has been released today and there is something really special about this song. Ranveer, who is in the lead role, has shared in an interview that he had performed the song without any professional choreography. Opening up about the reason for this, Ranveer shared that the makers of the film wanted him to bring the essence of the character Jayesh to the song. The makers Divyang Thakkar and Maneesh Sharma made it clear to Ranveer that since he had played the character of Jayesh and the entire journey of the film, they wanted Ranveer to do freestyle in the song and perform the way Jayesh would. He also shared that except for the hook step of the song, Ranveer performed the whole song on his own and was left to dance like Jayesh. Aha! This actor is very talented and there is no doubt about it.

Also starring Boman Irani and Ratna Pathak Shah in the film, Jayeshbhai Jordaar will release on May 13, 2022

Share
Facebook
Twitter
Pinterest
WhatsApp
Linkedin
ReddIt
Email
Telegram
Copy URL
Previous article
Palak Tiwari Reveals About Shweta Tiwari’s Ex-Husband, You Will Not Believe This!
Next article
Tune in to know all about Saiee Manjrekar as we chit-chat with her about her journey & upcoming plans

This time we are talking about semen allergy, condoms & dental dams, sexting tips, new sex forms, and lastly butt plugs, the most fascinating...

Mahendra Singh Dhoni is probably the greatest captain of all-time and he has excelled in almost all aspects of the game. His cool and...

Sushant Singh Rajput and Ankita Lokhande shared a beautiful and intimate relationship. Read on to know what made her cry when a contestant reminded...

The long weekend that the Indian public has been anticipating has arrived, and Bollywood has delivered two new films for them to enjoy over...