In the hit song Khalibali from the movie Padmavat, NBA great Shaq, popularly known as Shaquille O’Neal, danced alongside Bollywood superstar Ranveer Singh.  Ranveer, who was chosen to represent the NBA in India, posted dancing videos alongside NBA icons on Instagram. Alongside some of the greatest basketball players ever, Ranveer could be seen dancing to music from his own films. Varun Dhawan, Dino Morea, and singer Tesherr were just a few of Ranveer Singh’s pals who couldn’t stop reacting to the video. “Shaq attack,” wrote Varun. Dino remarked, “He’s huge,” while the singer of “Jalebi Baby” proclaimed, “Cultural ambassador #1.” These were just a few of the responses to Ranveer Singh’s social media post. 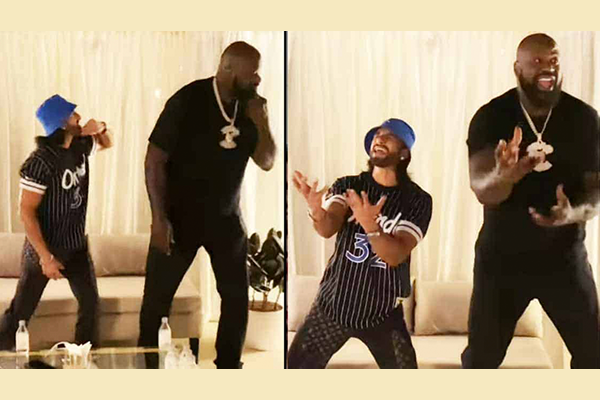 Ranveer Singh has a high level of elegance, therefore when he grooves to upbeat Bollywood songs, the gauge goes crazy. After showing Shaquille O’Neal, a great in the National Basketball Association (NBA), some “desi” moves, Ranveer has once more demonstrated that no one can master the “bhangra,” like him, but this time with NBA player Trae Young. As he danced to his song “Gallan Goodiyan” with Trae Young, Ranveer set the basketball court on fire, much to the delight of the internet. Ranveer posted the footage to Instagram on Monday. Ranveer seems pleased to be teaching the US basketball player his Bhangra routines while dressed in a colorful, diverse pink attire. Video captioned by Ranveer reads, “Bhangra Trae Paaji naal! Check out Ice Trae enjoying some Gallan Goodiyan after his fantastic performance!” 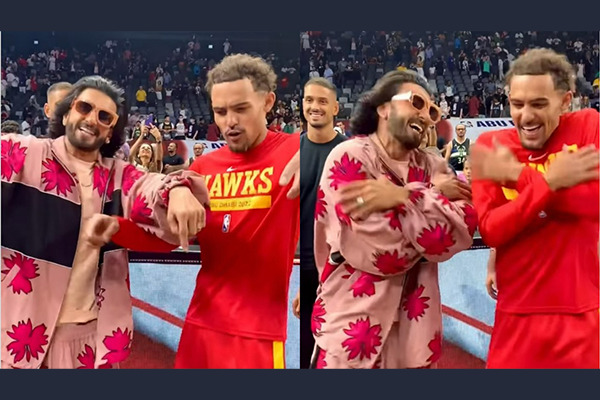 A video of actor Ranveer Singh and NBA player Giannis Antetokounmpo shaking a leg to Ranveer’s hit song Tattad Tattad was posted on the actor’s social media accounts. Fans clapped for Ranveer in the comments section and expressed their amazement at this partnership. “This must be the coolest thing I’ve ever seen,” one of the admirers wrote. The crossover we didn’t realise we needed, another person wrote. Giannis, affectionately known as “Greek Freak,” appeared to love dancing to the song from Ranveer Singh and Deepika Padukone’s 2013 movie Goliyon Ki Rasleela…RamLeela. The video’s description said, “The Greek Freak getting his Tattad Tattad on! “, according to Ranveer. 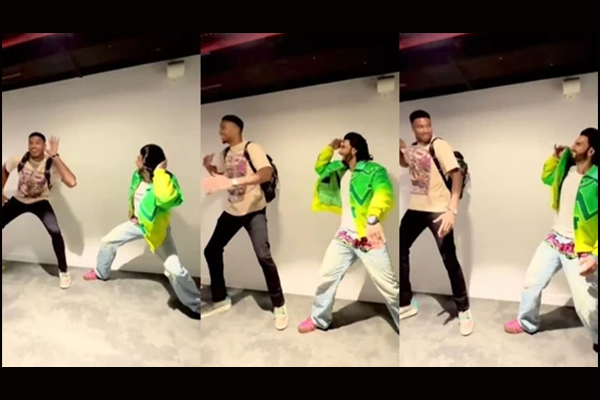 One of the most popular performers in Indian film is R Madhavan. He has performed in both South and Bollywood films. His most recent movie, Rocketry: The Nambi Effect, garnered a lot of positive feedback for his efforts. He is currently making news for a different cause, though. Maddy, an actor-turned-director, was spotted at the 2022 NBA Abu Dhabi Games. Bollywood star Ranveer Singh joined him. On Thursday, the 3 Idiots actress posted a killer photo of herself and Ranveer. It went viral on the internet because they looked so dashing in the photo. 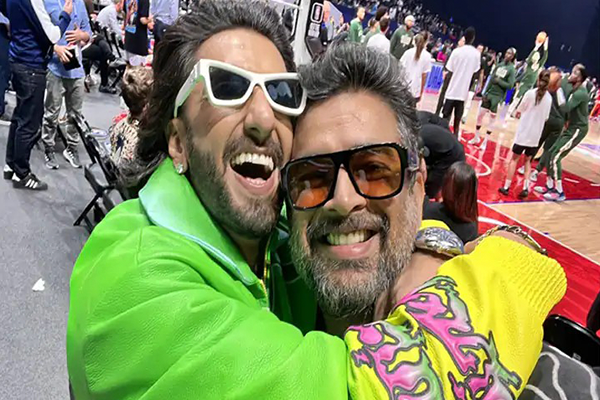 In the meantime, Ranveer will next be seen in the historical comedy “Cirkus” with Jacqueline Fernandez and Pooja Hegde. The Rohit Shetty-directed movie is scheduled to open in theaters on December 25, 2022. In addition, he will appear in Karan Johar’s “Rocky aur RKi Prem Kahani,” which also has significant appearances by Alia Bhatt, Dharmendra, Jaya Bachchan, and Shabana Azmi.

Koffee with Karan was back once again with season 7, and it felt like nothing had changed. Karan Johar at the start of the...

Recently in an interview with a YouTube channel, veteran actor Naseeruddin Shah opened up about his medical condition. Keep reading to know what is...

Does Heron Preston for Calvin Klein stand on its promises? Find out here!

Season 2 of Heron Preston for Calvin Klein has been launched with some exciting pieces of apparel. We bring to you an inside look...

Your watch can either make or break your outfit. And we are here to ensure that you only choose the best watches, so your...