After completing 8 years in the industry, Jasmin Bhasin is busy learning and exploring the world of showbiz and many of its intricacies. It’s been an incredible run so far, yet she maintains a sense of who she is and what she wants out of her burgeoning career.

As a star on the rise, Jasmin focuses on aiming for the bigger things in life rather than thinking on what happened in the past. Being born and brought up in Kota, she stepped into the hospitality sector, where she wanted to make it big. From the time she stepped into the industry to the time she became an overnight sensation with her hit television show, Tashan-e-Ishq, it was one happy, smooth-sailing ride for Jasmin. One thing that sets her apart from other heroines is her calm and composed demeanor which makes her like you and me—an uncomplicated girl who is just here to do her job—and she aces it every single day. In this interview, she speaks to us about unwinding, self-improvement, and what makes her sleep peacefully at night. Edited excerpts…

How did it all begin for you professionally? Were you always intrigued to be a part of the tinsel town?

I had never planned on being a part of this industry, everything happened for me while I was working at a hotel. It all started when a photographer approached me for a Nokia campaign, after which I began receiving calls for modelling shoots. After that, I shot a South Indian jewellery commercial and then stepped into the South Indian film industry. 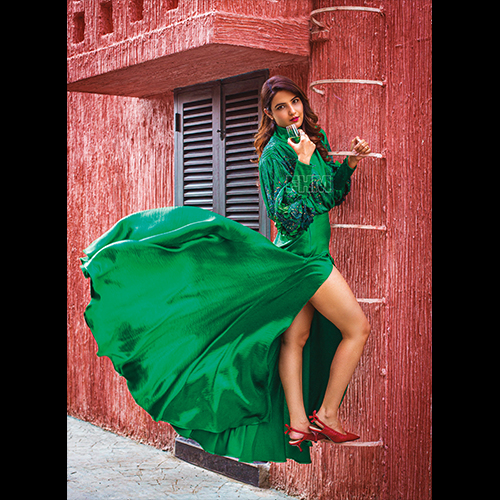 I was working at a hotel. It all started when a photographer approached me for a Nokia campaign, after which I began receiving calls for modelling shoots.

You started out by working in South Indian films such as Karodpathi, Veta, and Ladies & Gentlemen. How and why did you switch from films to television?

I used to work in Delhi while shooting for South Indian films, and my work was limited to the regional sector. When the opportunity for a soap opera knocked on my door, I wanted to give it a shot. For my television debut I took up Tashan-e- Ishq, and believed that it would provide me with a bigger platform on nation television. To this day, I’m glad that I chose to make the switch, as the show was such a big hit amongst the audience, and since then I have never looked back.

From chirpy Twinkle, quirky Teni, to bubbly Happy; you have made a place in Indian households through your natural acting skills. Which onscreen character do you connect to the most?

For me it has to be Teni, because she was a go-getter who would never give up, no matter what the circumstances might be; she would always fight against all odds and remain extremely high-spirited. That’s who I am as a person as well.

You were a part of Khatron ke Khiladi 9. What was the most difficult stunt for you?

As a semi-finalist, the most difficult stunt was the one with the crocodiles. Being cramped up with wild animals, and that too crocodiles in a small room is no easy feat. Anything can go wrong at any time, so I think that was the most challenging stunt for me.

While you did shed tears performing stunts, now you have a big responsibility to make people happy with your new show Khatra Khatra Khatra. How did this change come to be?

I love making people laugh and that bodes well with the concept of the show too. Even while we are on set, it doesn’t feel like we are shooting, it feels as if a group of friends are hanging out together. Its, natural, effortless and straight from the heart. 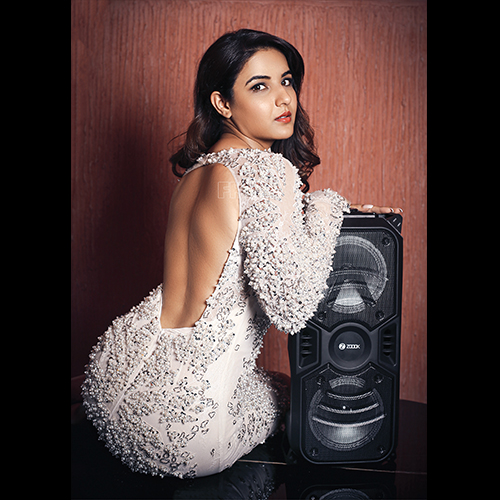 Being cramped up with wild animals, and that too crocodiles in a small room is no easy feat.

The entertainment industry is a tricky place, where everything comes down to TRPs and hits. Does failure intimidate you?

Yes, failure does intimidate me because I have never failed in my life. I have always gotten out of my comfort zone to achieve bigger and better things, and just the mere thought of failure shoots a tingle down my spine.

Being famous means getting papped everywhere, and rumours fly up thick and fast. How do you deal with it?

I do not get affected by rumours, newspapers or social media trolls. I understand that it is a part and parcel of the industry that I am in, but being from a small town it does affect my family sometimes. But luckily, they deal with it in a very smart way because in the end it’s all about mutual trust, and they always support me in whatever I do.

What is the first thing you notice in a man?

Whether or not he smells good. A man’s cologne says a lot about him.

Do you believe in love at first sight?

I am a very romantic person, and I believe that when the time is right, you can fall in love anywhere.

What is your take on love, are you a hopeless romantic or more practical and pragmatic?

I am a hopeless romantic all through, but when it comes to dealing with my more serious relationships then I am very practical and pragmatic at the same time. I know how to balance my feelings, both emotionally as well as practically. 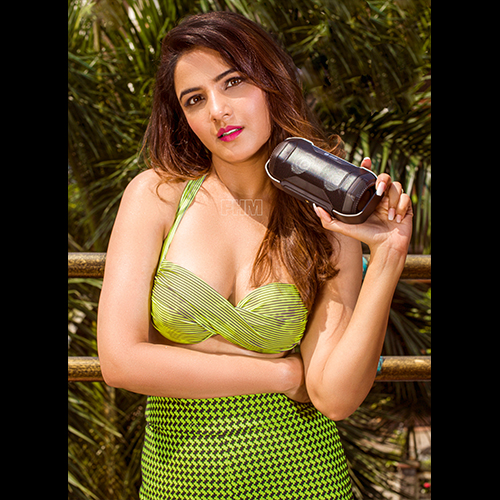 A man’s cologne says a lot about him.

If you could have one cheat day and eat anything without any consequences, what all would you indulge in?

With a massive 1.3 million+ digital fan following and with social media being omnipresent, do you feel pressured to keep up?

Not really, because this too is a phase. When the concept of followers started out, it was nothing but a big scheme of buying out exposure. But I believe in increasing my followers organically, I post whatever I feel like and the same is appreciated by my fans.

What projects are you currently working on?

Currently, I am not working on anything very substantial, I am enjoying a much awaited break after four years. I am taking care of myself, my house, my pets and spending time with the family. I am also meeting people, listening to scripts and going out for look tests. For the future, I am looking at something that would excite me and pull me out of my comfort zone.

How was your experience with FHM India?

It was a lot of fun and I loved all the looks. 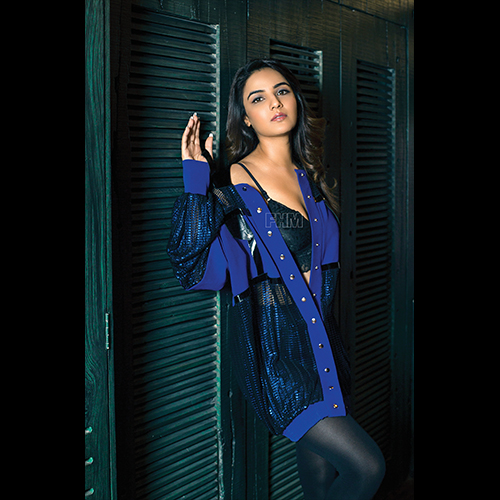 Tell us three unknown facts about yourself.

I am extremely emotional, a big foodie and I hate liars.

The one destination that you would love to visit?

Subtle nudes or bold metallics, which is your favourite lip shade?

It completely depends upon my mood.

Your one cherished memory of the festivals?

Being brought up in a joint family, I remember playing Holi used to be a lot of fun with my uncles, aunts and cousins.

What are the three important things in your nighttime routine?

Cuddling with my dog, taking proper care of my skin by cleansing and moisturising, and then setting up an alarm for the next day.

The one song that you are listening to on loop?

Without my phone, anyday

Live on the beach or in a cabin in the woods?

Get up early or stay up late?

Little black dress or a cosy hoodie with shorts

Eat a cockroach or swim in a pool of worms? 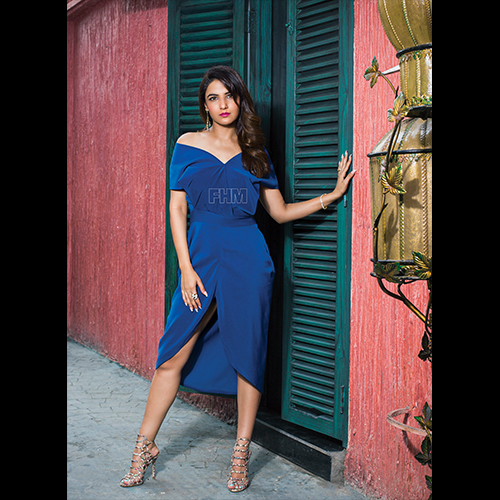 I am extremely emotional, a big foodie and I hate liars.

Sunrise or Sunsets: Both

Sonu Sood has been giving us fitness goals for close to a decade. We try to unravel the secret of his jaw dropping physique.   Sonu...

You must be aware of the famous quote, "There is no sincere love than the love of food." It indeed is rightly said. The...

Here are some of the popular and highlighting South celebrities, who made grandiose upcoming debut entry! Be the first one to know about this!! South...