The Land Down Under – Facts About Australia

A country known for its natural beauty, diverse landscapes, and the deadliest animals, Australia holds a lot of interesting secrets. Let’s check some of them out!

Australia earned the nickname: “The Land Down Under” but the interesting thing here is that Australians themselves don’t call their country that! It is mostly used by people in other parts of the world. And the reason for this nickname is that since the country lies wholly south of the equator, early explorers seemed to think that the continent was actually at the bottom of the world. Coming to its actual name, Australia got it from Latin; more specifically from the phrase: ‘Terra Australia Incognito.’ This phrase means the Unknown Southern Land. Not just this, Australia has much to offer in terms of diversity, natural beauty, and dangerous animals. It is famous for a myriad of things which include the delicious meat pie. Let’s dive in and take a look at some highly interesting facts about Australia. 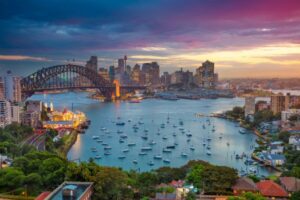 1. About 70% of the Australian population takes part in recreational activities and sports at least once a week. This habit of its population has earned Australia the title of the ‘sports capital’ of the world.

2. The next fact we present is certainly very unique; Australia is the only continent-nation in the whole world! It isn’t just an independent country; it is also a continent. And not just that, it also happens to be the smallest, flattest and the driest inhabited continent in the whole world.

3. The country is renowned for housing deadly animals, but this one certainly takes the top spot. The world’s deadliest spider happens to call Australia home and is called ‘The Funnel Web.’ These spiders reside in the Australian Reptile Park which also happens to be the only place in the world where they are milked. Their venom is sent to a laboratory where it is turned into antivenom. 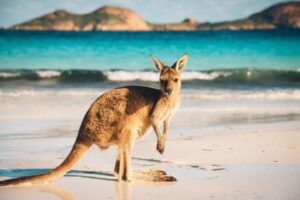 Australia is also home to many animals.

4. Another highly interesting fact from the animal kingdom: the only two mammals in the world to lay eggs – the platypus and echidna – both are only found in this country.

5. Here’s one for the coffee lovers. Australia has the world’s largest espresso machine and it can brew up to 18 cups of coffee at any given point of time. The machine is so big, it requires at least 5 people to handle it while operating!

India are set to tour the West Indies for the first time in 3 years and it is a relatively new squad that will...

Binge-Watch on February: What’s New On For This Month of Love

OTT platforms bring some new, fresh, and amazing content to make you busy in binge-watch alone or with your significant others in this month...

The second Sunday of January marks the beginning of National Pizza Week, so make sure you get your hands on your favorite pizza and...

Be Casual! Let the Bucket Hat Do all The Talking, Just Save It from Falling.Folks this time we have a reversible bucket hat from...

Indian team leave Australian shores on the back of a devastating defeat to rivals England in the semi finals of the T20 World Cup The...