Once again director Luv Ranjan come up with a “Twisted love story”. His much-anticipated movie “Tu Jhoothi Main Makkaar” trailer was released on Monday.  Actors Ranbir Kapoor and Shraddha Kapoor are in leading roles looking like a breath of fresh air. Their fans are going gaga over the lead pair’s sizzling chemistry, great visuals, and hilarious dialogues, and once again seeing the fun-chocolate boy avatar of Ranbir Kapoor is a treat for his fans. In this movie, Ranbir Kapoor gives us the yeh Jawani Hai Deewani’s “Kabir Thapar a.k.a Bunny” vibes. On the other hand, Shraddha Kapoor dons a bikini scene in this movie and she’s looking hot & sexy. 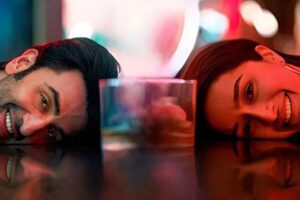 Filmmaker Luv Ranjan stays true to his genre with the lovey-dovey stuff and also has some bold scenes. This movie is a complete package of romance, drama, and twists. All we can say is that this movie is nothing but a roller-coaster ride of emotions, which hook you to the end. 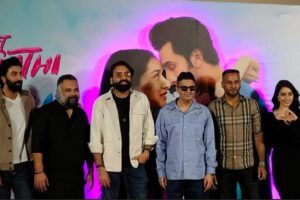 The trailer begins with Ranbir claiming that “Nowadays it is easy to get into relationships but it’s hard to get out of it” and moves forward to a confusing and twisted tale of truth and lies in a relationship. In the trailer, Initially, Ranbir tries to woo Shraddha and after much effort, they two start dating casually. Eventually, Ranbir falls in love with her but she doesn’t take him seriously. However, things take an ugly turn after they get engaged and then they both start to play tricks to blame each other for their break up. Will their families get them married or will they be able to part ways as they want? 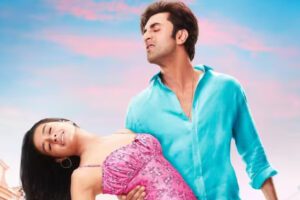 Most of the movie scenes were shot at the beachside. The music of the movie is written by Amitabh Bhattacharya and composed by Pritam. The teaser of the film was released in December last year when the makers revealed the title of the movie. The film will hit theatres on the occasion of Holi on 8 March 2023.

Bollywood actor Ranbir Kapoor was last seen in Karan Malhotra’s Shamshera opposite Vaani Kapoor, which failed at the box office. He will be next seen in Sandeep Reddy Vanga’s directorial film Animal alongside Rashmika Mandana, Anil Kapoor, and Bobby Doel.

On the other hand, actress Shradhha Kapoor was last seen in Remo D’Souza’s Street Dancer 3D opposite Varun Dhawan, which was released in 2020. Post-pandemic she make an appearance in Varun Dhawan and Kriti Sanon’s starrer Bhediya film, which was helmed by Dinesh Vijan. She will be next seen in Amar Kaushik’s directorial film Stree 2, which is a sequel to the blockbuster horror-comedy film Stree (2018) also starring Rajkumar Rao.

Imagine waiting for 88 years to hear the album that’s creating all the hype in the world, read on to know!

Imagine waiting for almost 88 years to hear the album that's creating all the hype in the world. Read on to know more! Home is...