From drama to political thriller, here’s the most self anticipated watchlist this month to look out for.

Fact marries fiction in this drama! ‘The White Tiger’ directed by Ramin Bahrani and based on the Booker prize-winning novel of the same name by Aravind Adiga sheds light on the class differences in India through the lens of an ambitious driver. The film explores how dynamicity, wit and social awareness about class oppression can trigger despicable acts of violence by a driver who tries to escape the manacles of poverty by messing with his upper-class masters. Not at all preachy in the narrative, the film is a testament to class wars but approaches the social undercurrents with humor, puns and allegory. Starring Adarsh Gourav, Priyanka Chopra and Raj Kumar Rao in lead roles, the film shows us two contrasting India’s that collide in the personal world of the main characters insinuating a gripping yet dark tale that meets a fatal end for some characters. It makes one ponder upon the social themes of inequality, and what meaning morals hold when one is in a dejected state in the country. Packed with sporadic acting and punch lines, it’s no wonder, why this one is a fan-favorite of this month. However, one would be left wanting for more given the abrupt climax, but anyhow, if you haven’t already seen a reflection of mini-India, here’s our pick for you! 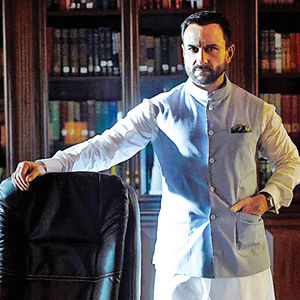 From drama to political thriller, here’s the most self anticipated watchlist this month to look out for.

The beginning of the year seems to give us one of the most anticipated series ‘Tandav’ helmed by Ali Abbas Zafar and written by Gaurav Solanki of ‘Article 15’ fame. The political drama is fronted by a starry cast of Saif Ali Khan, Dimple Kapadia, Mohammed Zeeshan Ayyub, Kumud Mishra, Tigmanshu Dhulia amongst many. It showcases the powerplay between people at the top echelons of politics to secure their careers in the political spectrum. Interpolated with many youth-centric characters whose future is headed towards the dark abyss of the dirty power game, the show is expected to be on the top watchlist for the likes of films like ‘Gulal’ and ‘Rajneeti’ and series like ‘Mirzapur’ that met with critical acclaim and youth appreciation. So, if you are ready to dive into the world of the messy Indian politics enmeshed with contentious deeds amid the chaotic doors of power in Delhi, here’s something you can add to your watchlist this month.

Hop in and let’s take a look at how Gallery Dept handbag has been lending its contribution to internet memes instead of any style...

If you’re tired of holiday activities, so this deck of cards came to rescue you from your monotonous life. On this National Card Playing...

The best way to get over a breakup? Crank up the music as loud as possible and dance/sing/scream your rage away! Here are some...