From paintings to toys, did you know about these haunted objects in the world?

Many items in the world have been cursed. It is better to stay away from these items as they can cause bad luck, accidents, or even deaths. 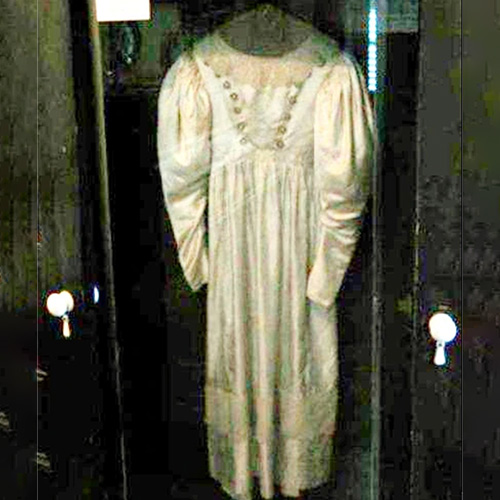 People have seen the cursed dress move on its own.

The wedding dress of a girl named Anna Baker, who fell in love with an ironworker is claimed to be cursed. Anna ran away from home to marry her sweetheart, but her father pulled her back and confined her after which, she refused to marry anybody else and lived a solitary existence. The Baker family spotted Anna’s bridal dress scattered around the house. People have claimed to have even seen Anna Baker’s ghost roaming around the house wearing her bridal gown. 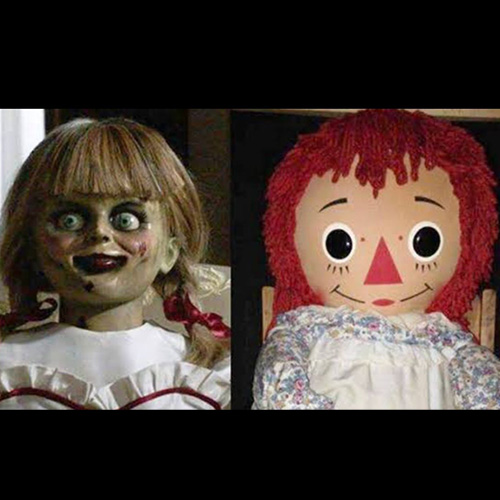 This is the real doll that was possessed by the spirit of Anabelle Higgins.

If you have seen the haunted movie Annabelle, you must believe that it is based on reality. Discovered in 1970 when a mother bought the doll for her daughter’s birthday gift. In no time the family notices strange activities in the house after which, the family called for the help of Ed and Lorraine Warren who found the doll possessed by the spirit of a 7-year-old girl named Annabelle Higgins who was brutally murdered. 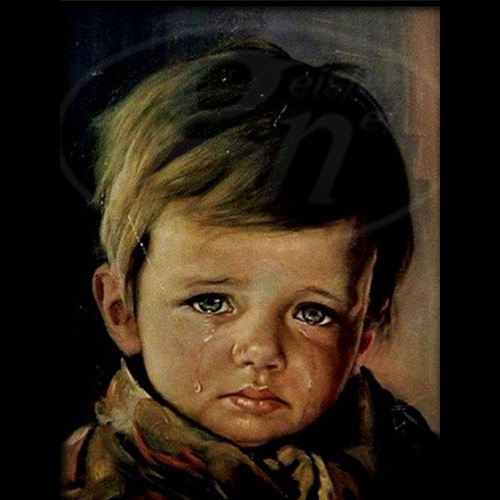 People have even started crying while looking at the painting without any reason.

There might have been many instances when a person starts crying while watching an emotional movie or video, but what if looking at a painting makes you cry? Created by artist Giovani Bragolin, became popular and was found in many homes but soon after which all these homes caught fire. One thing that was the most disturbing part of the incident was that the painting remained just fine.

The Hand Resist Him Painting 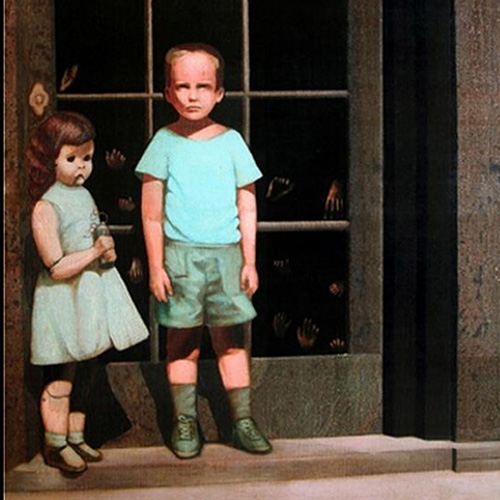 The characters of the painting disappear at night according to the owners.

One of the most haunting works of art is arguably Bill Stoneham’s picture ‘Hand Resist Him’ painting, which he described as a portal that separates our world from the world of the spirits, in the artist’s opinion, is depicted in this artwork. According to the painting’s owners, the characters in the image shift or vanish during the night. 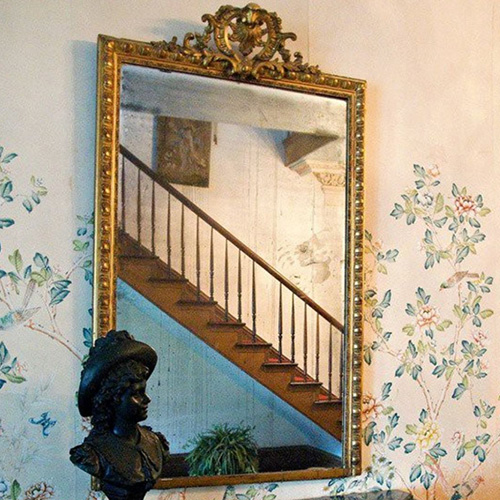 According to the claims, three spirits are trapped inside this mirror

the Myrtles Plantation in St. Francisville, Louisiana, which is a historic home and a plantation from the past is also considered to be haunted. The area is the subject of many unsettling stories and the most famous among them is the tale of the cursed mirror. According to the legend, Sara Woodruff, the previous owner of the property, and her two daughters were poisoned by their slave Chloe and the three of them were trapped inside the mirror. 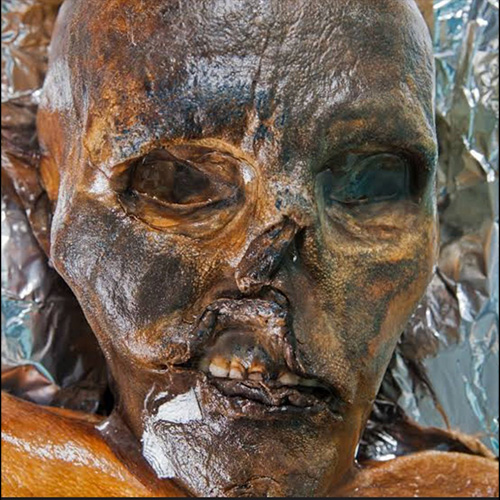 Otzi is a preserved mummy of the Iceman.

Have you seen a mummy? Here, we are not talking about the ones in the movies. Also known as the Otzi, a well-preserved natural mummy of a man who lived around 3300 BC. It is said that the mummy belongs to the Iceman. It is claimed that the glacier that encircled him after he passed away is what kept his remains from decomposing. In the Otzal Alps on the boundary of Austria and Italy, two German hikers found The Iceman in September 1991. The mummy, which is said to be cursed, is thought to have killed at least seven persons who were somehow connected to it. According to reports, some of these persons passed away in eerie circumstances. 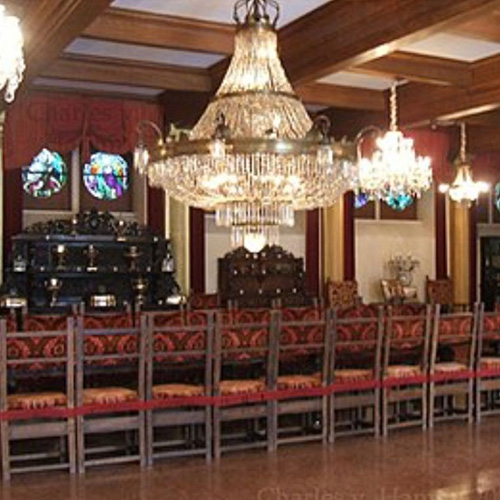 Visitors have felt certain kinds of chills up and down their spines.

In Newport, Rhode Island, the Belcourt Castle, which is a former summer cottage, has a reputation of being one of the most haunted places in the US, which reportedly has seen some of the most terrifying and most occurred paranormal activities. While some visitors have felt certain kinds of chills up and down their spine, others have felt strange sensations in their hands while they stood near the chairs. Even a few visitors have had their chairs thrown out from under them by an unknown power.

Akshay Kumar posted an apology note announcing his decision to step back from endorsing a tobacco brandIn the early hours of Thursday, Akshay Kumar...

Ramadan 2022: Tradition, Culture, Food From Charminar You Must Know About!

Did you miss out on Charminar and Ramadan food feast as a foodie? This will cover you with information on traditions and food that...

Hrithik Roshan is called 'The Greek God' of Bollywood for a reason and these pictures are a proof.@ET-DC@eyJkeW5hbWljIjp0cnVlLCJjb250ZW50IjoicG9zdF90YWdzIiwic2V0dGluZ3MiOnsiYmVmb3JlIjoiIiwiYWZ0ZXIiOiIiLCJsaW5rX3RvX3Rlcm1fcGFnZSI6Im9uIiwic2VwYXJhdG9yIjoiIHwgIiwiY2F0ZWdvcnlfdHlwZSI6InBvc3RfdGFnIn19@