Sidharth Malhotra Is The Majnu On A Spy Mission; Here’s The Trailer Review

Sidharth Malhotra And Rashmika Mandanna Starrer Mission Majnu Will Be Released Digitally On Netflix This Month.

All those passionate fans who have been eagerly and patiently waiting for Sidharth Malhotra’s onscreen presence, we have a piece of good news for y’all. After a long wait and much teasing, the makers have finally released the trailer for his upcoming digital release, Mission Majnu, which is set to release on the online streaming platform Netflix. The movie is a Shantanu Bagchi directorial. 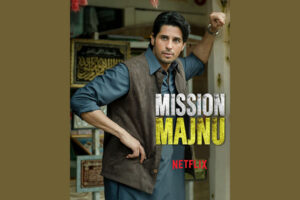 Since the trailer has been out, the excitement of Sid’s fans can be seen clearly as they are all set to witness the charisma and the intense storyline of the patriotic thriller. As for the trailer, the beginning unravels certain glimpses of Sidharth Malhotra playing the role of a RAW agent, Amandeep Singh, who is assigned a special mission in Pakistan by his senior Indian officer. The trailer portrays Sid as a true patriot who is ready to shed blood and even give up his life for the love he has for his country. Amandeep (Sidharth Malhotra) fakes the act of marriage with a Pakistani girl (played by Rashmika Mandanna), to stay away from the speculations of the terrorists planning a bomb blast in India. 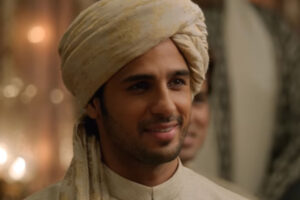 Sidharth Malhotra will be seen in the role of a superspy.

While Amandeep pulls off the act of being a tailor to cover himself, his aim is to find out every detail about the bomb blast without caring about his own life. In between the trailer, fans can see some thrilling action sequences where we can see Siddy boy spreading his charm along with those action-packed looks. It is definitely going to be a treat to watch Sid Malhotra come to blows with the terrorist clan in an entirely high-octane action mode. 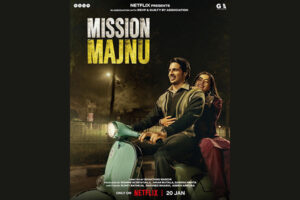 The film also stars Rashmika Mandanna as the female lead.

After Shershah, this will be another action-thriller in which Sidharth would portray an action hero. It is anticipated that this film will likewise be a superhit upon release. The trailer has unquestionably given an adrenaline-filled experience to the audience with the trailer and we believe the movie is going to raise the bar. There is certainly a buzz about and around the movie since the announcement of its making and looking at the trailer has justified all excitement that fans and netizens have. 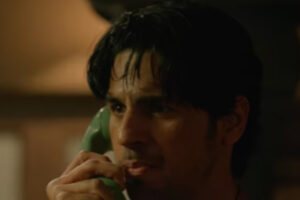 After Shershah, Sidharth Malhotra is back with yet another patriotic plot.

Although according to internet speculations, the plot of the movie is somewhat similar to that of Raazi, where the prime character enters a rival country like Pakistan to get an idea of their intentions and moves. But unlike Raazi, Mission Majnu is a movie that does not covert its aims; instead, it wears its patriotism and intentions on its sleeve. It is another entry into Bollywood’s uber-patriotic flicks and is high on action and drama.

Lionel Messi and Cristiano Ronaldo, partnered with Louis Vuitton to send the social media into ruptures Football enthusiasts were shocked by a recent snapshot of...