Karan Johar always brings big or upcoming stars from the film industry to his famous talk show, Koffee With Karan but this year we saw many mega stars missing from the show

Koffee With Karan is always used to inviting stars that usually are never seen on talk shows or on the big pictures. In the earlier seasons, Karan used to invite almost all the big stars like Amitabh Bachchan, ShahRukh Khan, Salman Khan to his show. But over the past two seasons, a new trend has emerged where Karan has chosen to invite star kids to his show, to make them popular or stars that are on top of their careers right now. Another trend that we saw was Karan inviting people outside from the industry like Hardik Pandya, KL Rahul, Tanmay Bhatt, Danish Sait amongst many others. 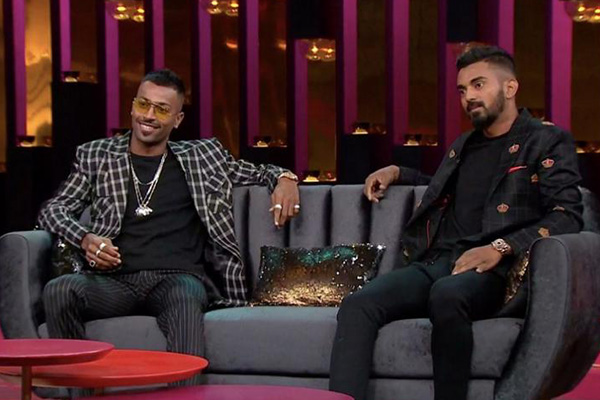 I think everyone by now knows how this episode turned out to be and how much controversy it caused.

Karan Johar isn’t very bothered by the criticism directed towards the most recent Koffee with Karan season. Karan faced criticism for frequently asking his guests on the show about their extramarital affairs and for frequently bringing up Alia Bhatt, to the point that the actress herself asked him to stop. There were other controversies which surrounded the show throughout the entirety of the season. But, Karan has survived enough criticism and controversies to deal with all this. According to Karan Johar, he will keep doing what makes him happy. He claimed that he may have inquired about celebrities’ sex life out of curiosity about other individuals. Every discussion he had reveals how proud he was of Alia. So when he receives that response, he has to police me. 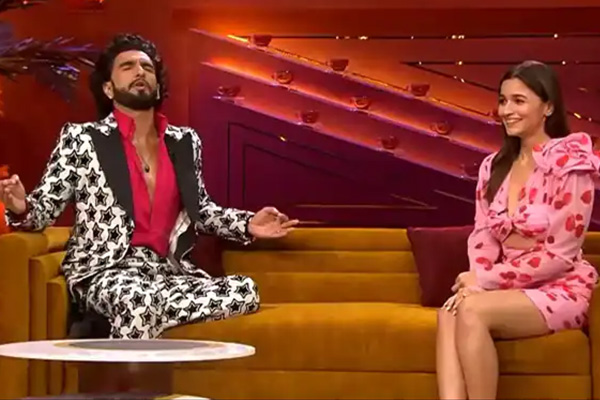 Karan Johar before season 7 aired on national television claimed that he no longer has the pull to get maga stars to his show and can’t bring all the khans to his show. Even this season, only Aamir Khan showed up for the talk show and that might be because of his new movie getting released in theaters at that time. The show has altered, according to Karan, who noted that everyone is “far better prepared with their replies.” He hopes that they will cross the bridge in the upcoming season since they are much more cautious with rapid fire. Everyone seems more cautious than they did before, and sometimes it’s not the show’s syntax. There is a thin line between being hilarious and insulting, and they don’t want to offend anyone. He hopes they can walk that line. One of the most notable instances of this was Kareena, who was shockingly quiet when she appeared on the show alongside Aamir Khan. Kareena is usually known to light up the show with her candor and candid responses. 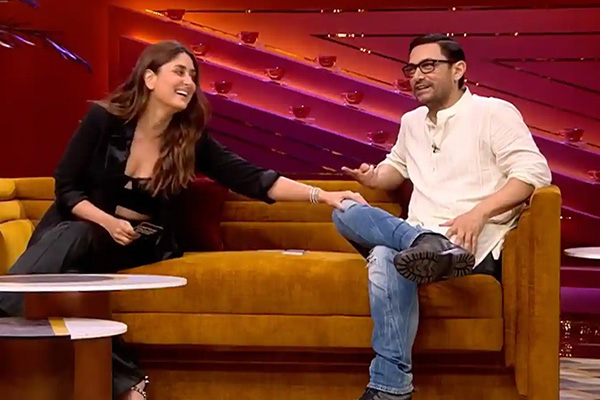 Shahrukh Khan made a small appearance on the show when his wife Gauri called him for the segment, “Hey Karan, it’s me”. That short 10 seconds of listening to the King’s voice was enough for the fans to be fangazing over him. Fans would have loved to see him at the talk show which lasts about an hour. But he didn’t give any particular reason for his absence and one can only assume why he might have said no to coming to his friend’s talk show. Ranbir on the other hand, had straight up said no to Karan as he feels that he’ll be open to him but he doesn’t want that to be on national television since it can tamper with the feelings of fans and the public. In one of his previous interviews as well, Ranbir mentioned that he and Anushka wanted to talk to some of the top stars of the industry and boycott his show. But that might have been an extreme step to say the least and since then, both of them haven’t come to the show, even though they are on good terms with each other.

Want to Know What All Can You Do to Impress Her and Spice Up Your Bed’s Atmosphere Like Fire in a Chef’s Pit? Well,...

Crispy Corn Who doesn’t like corns? Well, it’s a friendly snack, and we love it and believe so do you guys. Crispy corn is an...