This year 2022 is going to end soon and with this passing year, Indians got another joyous moment to be proud of. Indian contestant Sargam Koushal has officially been crowned as Mrs. World 2022, beating contestants from 63 countries. Mrs. Polynesia was named as the 1st runner-up followed by Mrs. Canada named as the 2nd runner-up. Mrs. World 2021 Shaylyn Ford of the US presented the crown to the Mumbai-based Sargam Koushal at a ceremony held at Westgate Las Vegas Resort & Casino on Saturday. 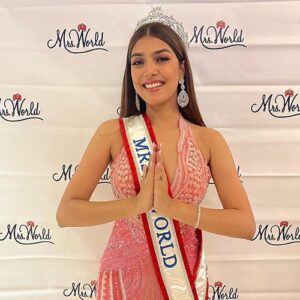 For this big event, she wore a sleek and elegant glittery pink sleeveless and centered slit gown which she styled with the silhouette. On Sunday, Mrs. India Pageant announced the winner of Mrs. World on their official Instagram page and also shared this historic win and crowning moment of Sargam Koushal and wrote a caption “The long wait is over, it’s after twenty-one years we have the Crown Back.” 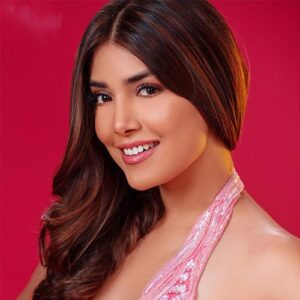 She brings Mrs. World’s crown back to India after 21 long years

The Mumbai-based Sargam Koushal also won Mrs. India world this year in June. She brings Mrs. World’s crown back to India after 21 long years. The first Indian pageant that won this title was Aditi Govitrikar, in 2001. Actor and former model, Dr. Govitrikar has served as a Judge of Mrs. India Inc 2022-23. She shared a congratulatory message on Mrs. World’s unverified page on Instagram.

Mrs. World Sargam Koushal originally hails from J&K (Jammu and Kashmir) and was born on 17 September 1990 in Jammu. This 32-year-old beauty queen got married to an Indian Navy officer in 2018. She is the daughter of the retired Chief Manager of the Bank of India. And she did her schooling and college in Jammu. She completed her master’s degree in English Literature and B.Ed. from Jammu college.  She is a teacher by profession, apart from this she’s also a content writer, model, and painter.

Mrs. World was launched in 1984 and it is the first beauty pageant for married women. The concept of the Pageant was inspired by Mrs. America. From 1984-1987, the pageant was known as Mrs. Woman of the World, and later in 1988, it was changed to Mrs. World. United States women have won this title a maximum number of times, and then women from India, Peru, Sri Lanka, and Russia won this title two times. Sri Lanka’s Rosy Senanayake was the first Mrs. World, she won this title in 1984.

Here are some ideal Secret Santa gift ideas for new and experienced participants alike that will undoubtedly help you achieve a win-win outcome. Good...

Doing some sort of exercise to keep that body intact is the goal. Cycling has been one such method of staying fit that people...

Just on The Way To Purchase Adidas Yeezy’s Latest Knit Runner Sulphur? You Should Have A Look Here First. “A shoe is not only a...