Sai Pallavi recent movie Shyam Singha Roy got released, but when it got released one of the body shame tweets was caught by Dr. Tamilisai Soundararajan, she responded back. Even Sai Pallavi and celebrities shared their own opinion while responding to Sai Pallavi character, to know more. Keep on Reading!

During the time Shyam Singha Roy got released on January 21. Nani and Sai Pallavi performance was to be appreciated, as they played a diverse and complex role in the movie. But one of the viewers made a tweet on media, trolled on the Devdassi Role which Pallavi played. Those were disgraceful words about her physical appearance in the shot. This tweet was caught by Dr. Tamilsai Soundararajan who is a current governor of Telangana, who spoke boldly against that tweet.

BJP leader Dr. Tamilsai Soundararajan spoke about the body-shaming she faced, â€œit is only those who have been mocked like this, who will know how much it hurts. I have been hurt, but I have overcome it with my talent, my hard work, and my toil. We should not discriminate against women on the basis of their appearance, color complexion and other physical characteristics. 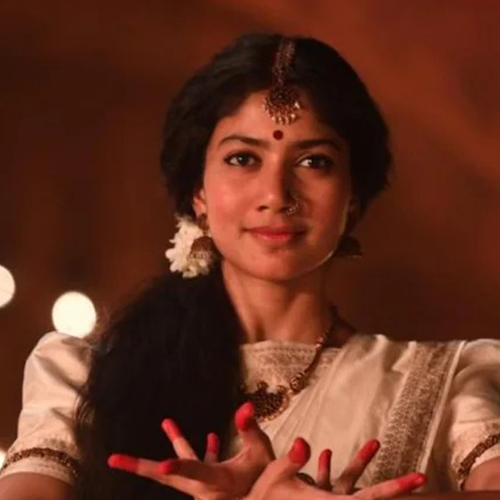 Shyam Singha Roy got released on January 21. A viewer made a tweet on media, trolled on the sai pallavi appearance as Devdassi Role.

She even said in her tweet women should maintain their self-confidence always, as the body shame intention is to demoralize, demotivate destroy particularly womens progress. Do not give room to such people, she even touches on the subject of some features not being considered beautiful as it does come in the category of traditional beauty standards and how it impacts more women than men. In her interview video, the Pallavi clips about the movie were shown, she included the beautiful does not need to be considered on the basis of known traditional ones, she spoke bodily trolls.

Sai Pallavi, who played this diverse role of Maiteryi as a Rosie, a devadasi woman from Bangladesh, which she received the troll about, in her films. She opened up to a media house after her release of this movie she said I just felt that there was so much that these characters were going through in the film. There were a lot of emotions that were exploding inside my heart, but we had less time to express them. This was my only frustration, other than that everything else was easy. 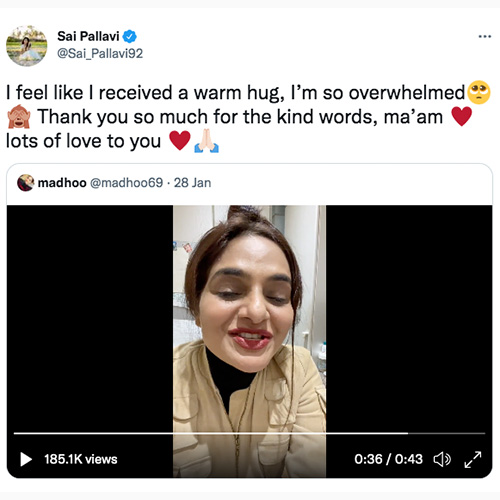 Indian actresses Madhoo gives her review about the movie, on twitter.

Not only Sai Pallavi movie was watched by the fans but the other celebrities as well. One of the Indian actresses Madhoo gives her review about the movie, which Sai Pallavi pins on her Twitter. She mentions Hi, I saw Shyam Singha Roy yesterday. It was an amazing movie I have seen in recent times and I am the biggest fan of Sai Pallavi. She is just gorgeous. She is beautiful, so realistic. Such a fabulous dancer. Of course, Nani, the hero, was fantastic. What a movie! Lovely! All the best team.

The actress of Shyam Singha Roy was truly overwhelmed by the compliment coming which was coming from the senior actress. She responded to Madhoo with a tweet, ” her words felt like a warm hug, felt overwhelmed. Thank you so much for the kind words, ma’am. Lots of love to you”. Not only her fans but even senior actors gave positive feedback for the movie, the devadasi role according to her physical appearance made the movie realistic and found beautiful by the viewers.

Put it on the Binge-List

The year has changed, but the concept of binge-watching has not. Since the new year deserves a new binge-list, here are some suggestions on...