The action star Jackie Chan made a rare-on stage appearance at the Red Sea Film Festival, where he revealed that there is a possibility of him returning to the popular action-comedy film “Rush Hour” franchise.

The action star Jackie Chan told the audience that he marks his 60th anniversary in the film business in 2022. He further added about the project he is preparing for which he called ‘Drama film for women” and he has plans to do “more love stories and less action film” in near future. 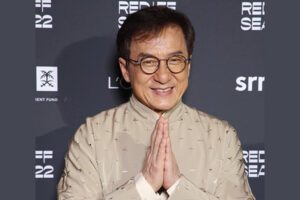 According to the sources, he told his fans that he is currently talking to make the next installments of the Rush Hour franchise.

A 68-year-old martial arts star Jackie Chan said, “we’re talking about part 4 right now” and added that “the script isn’t right at this moment, he will see the film’s director this evening for discussing the script” during the Red Sea Film Festival, in Jeddah, Saudi Arabia.

As he didn’t say the director’s name, however, all three previous installments of the film were directed by American Filmmaker Brett Ratner, who hasn’t directed any film since 2014. 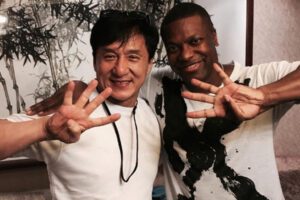 The first part of Rush Hour film was released in 1998 and featured action star Jackie Chan and comedian & actor Chris Tucker, the movie is about two mismatched Hong Kong and LA cops who collaborate to fight crime. The film became an instant success and grossed $244 million worldwide. Which prompted the makers of this film to make two sequels ‘Rush Hour 2 (2001)’ & ‘Rush Hour 3 (2007)’.

The fourth installment of this cult classic series could be the last one, Jackie Chan did not want to play the part of the Hong Kong police anymore.

Recalling his experience of saying yes to the first film in Hollywood, Jackie Chan said that he tried so many times to go to Hollywood but after that, he said no more to Hollywood because his English is not good, it’s not his culture, Hollywood doesn’t like this kind of action. 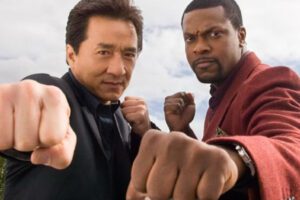 The film became an instant success and grossed $244 million worldwide

He added that, at first, he said no to this film but then his manager convinced him and told “why don’t you try last time” and then he agreed to do this film. When the first part of the movie turned out to be a massive success, Jackie Chan admitted that he did not know the impact this film has it on his career. originally, he thought the movie would flop but then Ratner and Chris Tucker called him and said, Dude, we’re a huge success, it’s 70 million in the first weekend.”

After the success of the first part, then they made parts 2 and 3, he added.

Jackie Chan was last seen in the Film “Good Night Beijing”. He played a cameo role in this Film.

What should I keep in mind while having oral sex? Surely, the taboo around oral sex is not as hyped up as around penetration sex,...

If you were craving some amazing pesto sauce with your pasta, here's the place you need to visit ASAP!There are a lot of well-known,...