Shershah was Sidharth and Kiara’s first online presence together.

Some movies stay in everyone’s heart forever and no matter how long it has been, it still receives a huge amount of love and appreciation for the same and one of them is Shershah. The film completed one year yesterday as it was released on Amazon Prime on August 12, last year. To celebrate the first anniversary of the film, the team had shared special social media posts, but a special gesture by the main leads of the movie Sidharth Malhotra and rumored girlfriend Kaira Advani won the hearts of many. 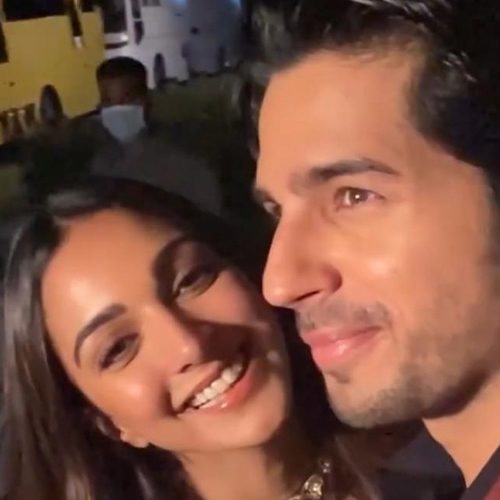 Shershah has completed 1 year and the two actors played the lead roles in the movie.

To celebrate the first anniversary of Shershah, Kiara and Sidharth took to their Instagram where first, Kiara shared a story with a dialogue in Dimple style (the character she played in Shehrsha). While mentioning Sidharth’s Instagram handle, she wrote, “Tu baatein to Badi Badi Karta that, but tu bhi na ‘out of sight, out of mind’ type ka banda nikla! (You used to talk a lot, but you were also the kind of ‘out of sight, out of mind’ type guy). Resharing her story and replying to this, Sidharth wrote, “Oye sardarni, Mujhe na sab yad hai. Bhul hi nhi sakta. Aaj 6 baje Milne aajaunga” (Listen, I remember everything and I cannot forget it. I’ll be there at 6 to meet you). Isn’t that adorable? This teasing was about the characters played in the film and the actors hinted that they will be going live together on Instagram. 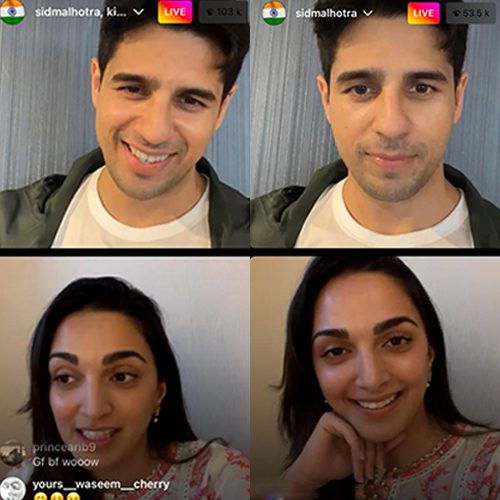 Sid and Kiara decided to interact with fans through a live session.

Shershah was released last year on August 12 and the response to the movie despite its release online and not on the big screen, was overwhelming for the whole team of Shershah. Helmed by Vishnuvardhan, the movie was based on the life journey of Kargil War martyr and Param Vir Chakra awardee Captain Vikram Batra. A soldier who was always ready to serve his nation before anything. While Sidharth played the role of Captain Vikram Batra in the movie, Kiara played Dimple Cheema, the ladylove of Vikaram Batra. The movie garnered a lot of appreciation and love from the audience as well as the critics.

To celebrate the success and mark the special occasion, Sidharth went live on his Instagram handle and he was joined by Kiara after a few moments. The rumored couple remembered the good time they had while shooting for the movie and we just can’t get over the cuteness that the two spread. While interacting with fans during the live session, a fan asked the actors if they will be seen together onscreen again, to which, the duo replied that they are hoping for that to happen soon. 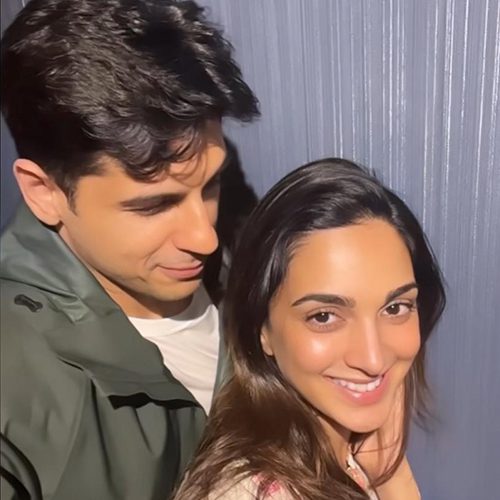 A cute reel was posted by the two after the live session.

Sid and Kiara also recalled the time when they visited Vikram Batra’s home, which is in Himachal. Sid also mentioned how he was hogging on the good food with lots of ghee and butter at a Dhaba on the way and how he asked Kiara to cheat while she was on her diet. However, at the end of the live session, there was a surprise for the audience. Remember how the duo called it a date on their Instagram stories? Well, looked like it really was the same as the two joined the live session from their social media while they were together and shared an adorable Instagram reel.

The live session was a treat to the eyes for the audience especially for the Sid-Kiara fans because we all know something is cooking between these two and we can’t wait for them to make it official. Shershah was produced by Dharma Productions and Kaash Entertainment and thus, Karan Johar, Kiara Advani, and Sidharth Malhotra along with other team members celebrated the first anniversary by sharing a special post on their social media handles.

Now you'll need a Wonga loan just to afford a fish finger butty. Get out before they offer you the gin menu.01. YOU’VE HAD A LETTER...

The 3 match ODI series between India and Zimbabwe concluded yesterday and India won the series 3-0. India won the third one-day international against Zimbabwe...

Unique Diwali Gifting Ideas For Your Loved Ones This Year

Diwali is just around the corner and celebrations involve giving gifts. These Diwali gift suggestions are just what you need for your loved ones,...

Look at those intense eyes, how can someone not drown into them!@ET-DC@eyJkeW5hbWljIjp0cnVlLCJjb250ZW50IjoicG9zdF90YWdzIiwic2V0dGluZ3MiOnsiYmVmb3JlIjoiIiwiYWZ0ZXIiOiIiLCJsaW5rX3RvX3Rlcm1fcGFnZSI6Im9uIiwic2VwYXJhdG9yIjoiIHwgIiwiY2F0ZWdvcnlfdHlwZSI6InBvc3RfdGFnIn19@

Are You A Little Bored Of All The Mundane Holiday Desserts? We Have Some Solutions For You.

Priyanka Chopra and Nick Jonas join the ‘Parents club’ as they welcome their child via surrogacy. Click to know more.